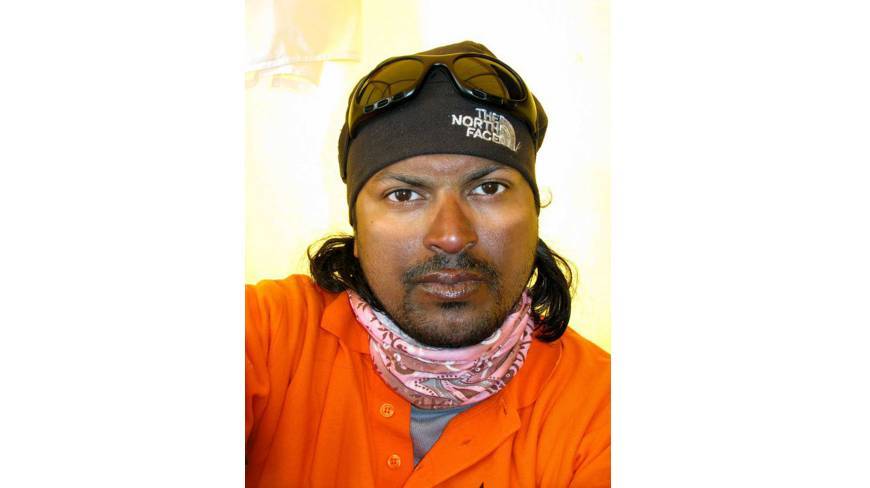 Sherpas have found a bag of Mohammad Khaled Hossain Sajal at death zone near Mount Everest’s summit.Shamima Chowdhury, Consular at the Bangladesh High Commission in Nepal confirmed bdnews24.com of the find.
“The Sherpas who went there to recover his dead body could not remain in the South Summit due to the extreme weather and have returned with the bag to their camp-4 at 6,800 metres.”
The film director-mountaineer, better known as Sajal Khaled, died on May 20 during his descent from the world’s highest mountain peak.
The Sherpas searched for Sajal’s body at the death zone for almost two hours on Sunday, said the official. The government has made the arrangements for the mountaineers’ body to be returned home at an estimated cost of around Tk 4.5 million.
“They will return to South Summit on Monday and try for a second time. They believe Sajal’s body is covered in ice.”
A 12-strong team of Sherpas made their way to the summit from the base camp on Saturday to retrieve the corpse. The team also has a back-up crew, who are ready to provide instant assistance.
A tripartite agreement was signed on Friday between Nepal’s tourism ministry, the Bangladesh mission and the Seven Summit Tracking Limited to bring down Sajal’s body and belongings from the mountain.
According to the deal, Seven Summit will release video updates of the recovery mission every half an hour. They are also utilising satellite technology in their search for the remains of Sajal Khaled.
The High Commission officials said Khaled’s body, when found, will be flown to Kathmandu from Base Camp-2 in Mt Everest.
An engineer by training, Khaled hails from Munshiganj’s Srinagar and was the youngest of six siblings.
Before taking on the endeavour, he had told bdnews24.com that it was his 15th expedition and second attempt to climb the Everest.
Source: BD news 24