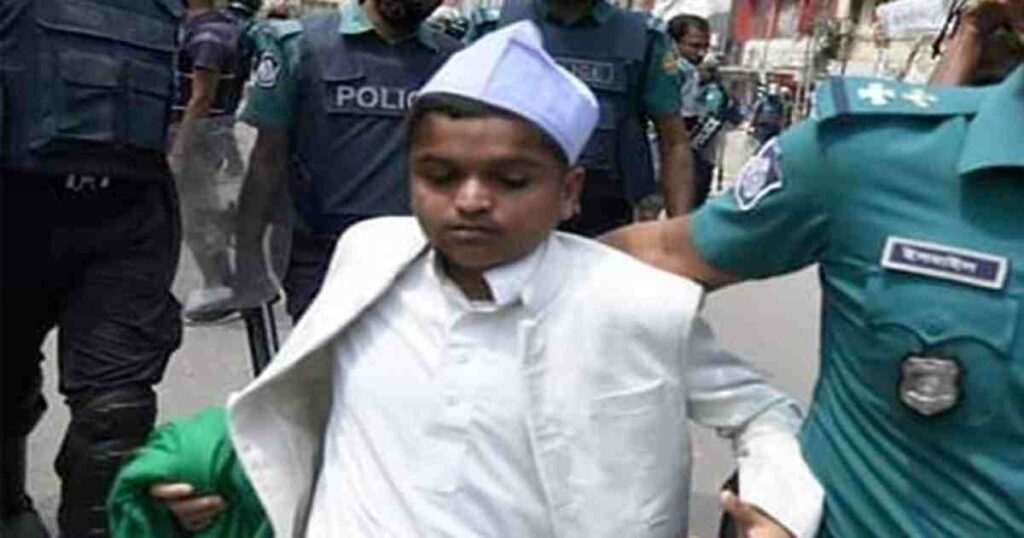 Dhaka, Apr 22 : A Dhaka court on Thursday placed Rafiqul Islam Madani, popularly known as Shishu Bokta, on a 7-day remand in a case filed under the Digital Security Act for delivering ‘anti-state and provocative’ speeches.Dhaka Metropolitan Magistrate Court Judge Abu Sufian Md Noman passed the order in a virtual hearing after the investigation officer of the case sought a 10-day remand to interrogate Shishu Bokata.
Rafiqul Islam was placed on 4-day remand in another case filed with Matijheet Police Station earlier on April 21.
A Gazipur court sent him to jail on April 8 when he was produced before the court in the case.
Madadi was arrested on March 25 from Motijheel area during a demonstration protesting the visit of Indian Prime Minister Narendra Modi on the occasion of the Golden Jubilee of Independence and later he was freed.
Rafiqul, also director of Saoatul Hera Madrasha at Paschim Bilashpur in Netrakona district, reportedly delivered ‘provocative’ speech in a Waj Mahfil at Gachha recently.
He is also assistant vice president of Jubo Jamiat, a wing of Jamiat-e-Ulama- Islam, of Netrakona.