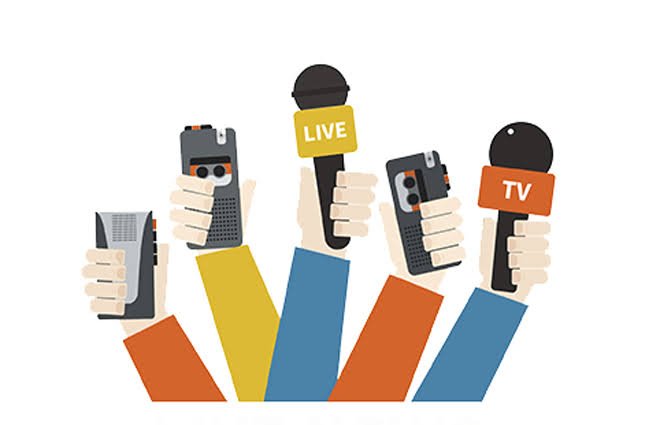 People responsible for killing journalists from 2006-18 not convicted, says Unesco
UN Secretary-General Antonio Guterres has said societies as a whole pay a price when journalists are targeted.Almost 90 percent of those responsible for the killing of 1,109 journalists around the world from 2006 to 2018 have not been convicted, according to a new Unesco report.
“Without journalists able to do their jobs in safety, we face the prospect of a world of confusion and disinformation,” the UN chief warned in a statement released marking the ‘International Day to End Impunity for Crimes against Journalists’, which falls on Nov 2.
He said without the ability to protect journalists, their ability to remain informed and contribute to decision-making, is severely hampered.
Unesco, in a report said, it has so far recorded fewer killings in 2019 than at the same time last year, with 43 journalist killings condemned by the organisation’s director-general as of October 30, 2019 compared to 90 at the same date in 2018.
The new Unesco report titled ‘Intensified Attacks, New Defences’ has been published marking International Day to End Impunity for Crimes against Journalists (IDEI).
It noted an 18 percent increase in killings of journalists in the past five years (2014-2018) compared to the previous five-year period.
According to the report, the Arab States constituted the deadliest part of the world for journalists (30% of global killings), followed by Latin America and the Caribbean region (26 %) and the Asia and Pacific States (24%).
The report shows that in the past two years (2017-2018), 55% of journalists’ killings took place in non-conflict zones.
This trend exemplifies the changing nature of killings of journalists, who are often targeted because of their reporting on politics, crime and corruption.
“Unesco holds to account all those who put journalists at risk, all those who kill journalists, and all those who do nothing to stop this violence,” declares Unesco Director-General Audrey Azoulay in her message for the Day. “The end of a journalist’s life should never be the end of the quest for truth.”
Unesco launched #KeepTruthAlive global communication campaign developed pro bono by the creative agency Doyle Dane Bernbach (DDB Paris).
The campaign draws attention to the dangers faced by journalists close to home, highlighting the fact that 93% of journalists killed are local journalists.
A map was developed with Google Maps to locate every killing condemned by Unesco since 1993.
Users will have access to information on each case and will be able to share the map on social networks to demand justice. The map can be accessed through keeptruthalive.co
Unesco and the government of Mexico will host the flagship event of International Day to End Impunity, an international seminar on Strengthening regional cooperation to end impunity for crimes and attacks against journalists in Latin America (Mexico City, November 7).
It will seek to identify strategies to strengthen regional cooperation on the safety of journalists and end impunity in the region, with a focus on intra-regional cooperation.
The event will bring together representatives of the judiciary, protection mechanisms, National Human Rights Commissions, civil society and media in Mexico, alongside other regional actors including the Office of the Special Rapporteur for Freedom of Expression of the Inter-American Commission on Human Rights, and the Inter-American Court of Human Rights.
Other commemorations are to take place in more than 15 countries around the world, including an exhibition of the work of 17 press cartoonists at the United Nations in New York, Draw so as not to write them off (October 28 to November 8).
The exhibition honours the memories of French journalists Ghislaine Dupont and Claude Verlon murdered in Mali on November 2, 2013.
Notable events include a seminar on freedom of expression for supreme court judges from Africa in Kampala, Uganda, on Oct 28 and 29 organised in partnership with Germany’s development agency GIZ and the African Court on Human and People’s Rights.
The commemoration of International Day to End Impunity for Crimes against Journalists through a regional seminar continues the series of such events that marked IDEI in Latin America (San Jose, Costa Rica), in 2014, Europe (Strasbourg, France) in 2015, Africa (Arusha, Tanzania) in 2016, Asia (Colombo, Sri Lanka) in 2017 and the Middle East (Beirut, Lebanon) in 2018. – Agency