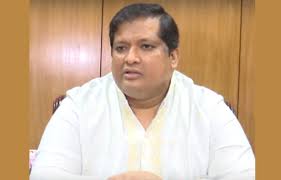 The State Minister for Youth and Sports Zahid Ahsan Russell MP handed over the cheques of Taka 24,000 to eighty four athletes (as one-time financial grant till next July) as the chief guest through a programme organised at Gazipur Deputy Commissioner’s office today.

“During the cheque distribution ceremony State Minister, showing gratitude to Prime Minister, said the greatest Bengali of all time, the Father of the Nation Bangabandhu Sheikh Mujibur Rahman established the “Bangabandhu Krirashabi Kalyan Foundation” immediately after the independence for the welfare of insolvent sportsmen and sports organisers …. The foundation which bears the memory of the Father of the Nation always stands beside the athletes…..the Prime Minister recently donated Taka ten crore in this welfare foundation and I am personally grateful to her.”

The State Minister also paid homage to the memory of Father of the Nation Bangabandhu Sheikh Mujibur Rahman on occasion of month of mourning and also demanded for the execution of the verdict of the fugitive murderers of Bangabandhu at home and abroad.