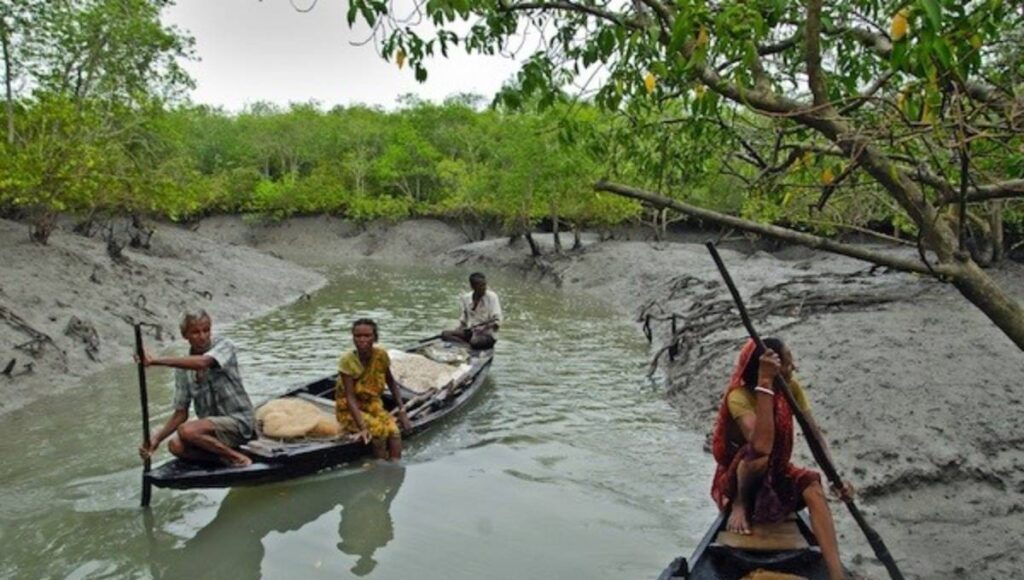 Dhaka, Aug 25 – Hardship has befallen the people dependent on the Sundarbans for their livelihood ever since a ban on fishing in the mangrove forest was imposed about two months ago. Fishermen said the government move, without providing them an alternative income source first, is forcing their families to live in difficult situations.
But the Forest Department argued that the ban during the breeding season aims to increase fish production.
Fishing was banned in canals less than 25 feet wide from July 1. There are 450 such canals in the mangrove forest. At the same time, the Forest Department embargoed catching fish and crabs for two months.
Justifying the ban, the authorities concerned said the July-August period is the breeding season for most of the fish available in the rivers.
Sources at the Forest Department said 52 percent area of the east and west Sundarbans (a total of 6,060 square kilometres) is a sanctuary. The area is under the

strict surveillance of the administration.
From the other 48 percent forest areas, people dependent on Sundarbans collect fish, crab and honey, among other things.
But many unscrupulous fishermen use poison and special nets, designed to catch even the small fishes, in the canals.
Currently, the fishermen are unable to enter the forest legally because of the ban on fishing.
It has affected an estimated 50,000 fishermen and their families of Khulna and Bagerhat. Many of them have urged the government to ease the ban.
Md Shahanur, a fisherman from Khulna’s Koyra upazila, said they had been passing a very difficult time since the ban was imposed.
Abdul Morol, a crab businessman from Dakop Upazila, said: “How’re we supposed to survive? Send us somewhere else if the ban isn’t withdrawn.”
M Bashirul Al Mamun, Divisional Forest Officer of Sundarbans West zone, explained that some fishermen use poison to catch fish during the breeding season in July and August.
“It kills all types of fish, including the small ones, and this has a negative impact on the biodiversity of the Sundarbans,” he said.
A two-month ban was imposed to tackle the issue. Apart from this, fishing in canals with a width of 25 feet or less has been prohibited throughout the year.
“The move will benefit the fishermen. They’ll be able to catch fish when the ban expires,” he said. – UNB