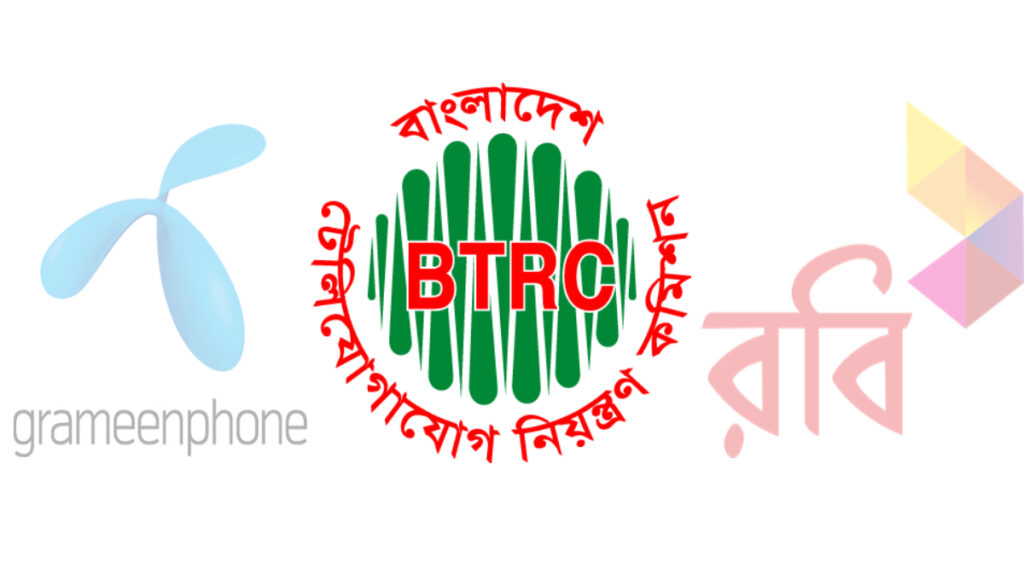 Mobile phone operators Grameenphone and Robi filed two cases accusing Bangladesh Telecommunication Regulatory Commission (BTRC) for its allegedly faulty audit report exaggerating the dues of the operators.Robi filed the case on August 25 and GP on August 26 with the Dhaka Civil Court.
GP in a statement said “Despite that we have been pursuing continuously to establish a constructive dialogue with the regulator to reach an amicable transparent solution, including arbitration. Unfortunately, all our efforts had been unheeded by the BTRC and they have been seeking to realize the disputed audit claims by enforcing unwarranted measures.”
So, Grameenphone was forced to file civil suit, GP said.
Besides, Shahed Alam, chief corporate and regulatory officer of Robi Axiata Ltd told UNB that “The audit report and its findings have no legal basis and Robi has been wholeheartedly trying to resolve the matter amicably through negotiation or arbitration. However, BTRC has not heeded our request for such resolution of disputes. Instead BTRC has taken steps beyond the legal provisions for realization of amount claimed through highly questionable audit. As a result, Robi had no option but to file a civil suit before the court.”
Meanwhile, BTRC Senior Assistant Director (media), Zakir Hossain said they are well aware about the cases.
GP owes a whopping Tk 12,579.95 crore in dues to the government, including Tk 4,085.95 crore to the National Board of Revenue (NBR), while Robi owes a far more managable Tk 867.23 crore to the government, including Tk 197.21 crore to the NBR, according to the disputed BTRC audit.
On September 5, BTRC issued show-causes notices to GP and Robi seeking explanation as to why their 2G and 3G licences should not be revoked for failure to pay dues within 30 days.
Earlier, BTRC stopped issuing fresh no objection certificates (NOCs) to Grameenphone and Robi, prohibiting their activities over failure to clear the dues, reports UNB.