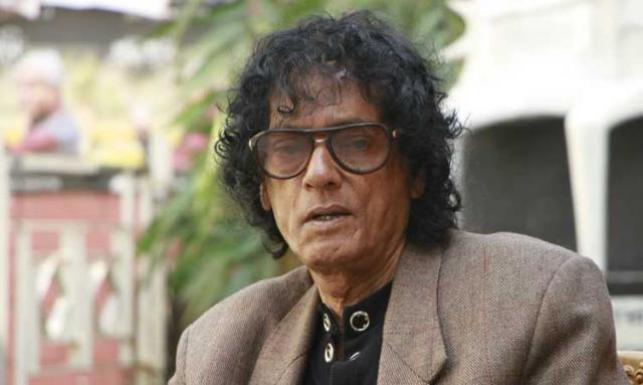 Munshiganj, Apr 7 (UNB) – Renowned film actor and comedian Tele Samad who passed away at a hospital in the capital on Saturday was laid to eternal rest at his village home in Sadar upazila on Sunday.

He was buried by the graves of his parents at their family graveyard at Noyagaon following fifth namaz-e-janaza after Asr prayers.

The body of the noted actor arrived at the Dr Iajuddin Ahmed Residential Model School and College ground from the capital around 3pm. His fifth and last janaza was also held at the field.

The Information Ministry, FDC, Producers’ Association, Artists’ Association and some other organisations also paid their homage to the actor by placing wreaths at his coffin.

Speaking on the occasion, the information minister said the government will take steps to posthumously honour Tele Samad.

After the fourth janaza, his body was taken to his ancestral village for burial.

Tele Samad breathed his last at Square Hospital in the capital around 1:30pm on Saturday at the age of 74.
On Saturday, his first janaza was held at Dhanmondi’s Taqwah Mosque after Maghrib prayers while the second one at West Rajabazar Mosque after Isha prayers and the third one at Dilu Road, Moghbazar around 10:30pm.

Tele Samad was born in Munshiganj on January 8, 1945. In his glorious career spanning over four decades, the actor performed in over 600 films. He made his debut in 1973 with the film, ‘Kar Bou’. He last acted in the movie, ‘Zero Degree’, released in 2015.