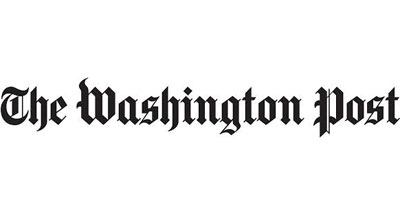 DHAKA: The Washington Post Co. reported an 85 percent drop in earnings, though profits from continuing operations fell by 55 percent while revenue inched up slightly.The company reported strong operating profits for its television broadcasting and cable divisions. But its Kaplan education unit lost money, and its flagship newspaper continued to suffer steady and substantial declines in its circulation and print advertising.
The company earned net income of $4.7 million, or 64 cents a share, for the first quarter, down from $31 million, or $4.07 a share, a year earlier. Revenue edged up to $959.1 million, from $955.5 million in the first quarter of 2012.
The results were skewed by one-time items, including first-quarter charges of $25.3 million for early retirement, severance and restructuring at the newspaper and education divisions and $4.6 million in foreign currency losses. Last year’s first quarter was buoyed by a $17.6 million gain from the sale of various assets, whereas in the first quarter of 2013, the company declared a $100,000 loss from the sale of the Herald newspaper of Everett, Wash., which was on the books for a higher value.
The company said profits from continuing operations were $6.1 million, down from $13.5 million.
At the troubled newspaper division, print advertising revenue fell 8 percent, to $48.6 million in the first quarter, while revenue from online publishing, primarily washingtonpost.com and Slate, rose 8 percent, to $25.8 million. Online display advertising jumped 16 percent, while online classified advertising fell 6 percent.
Online revenue rose from a smaller base, so overall newspaper division revenue fell 4 percent, to $127.3 million.
Daily circulation slipped 7.2 percent, to 457,100 copies, and Sunday circulation slid 7.7 percent, to 659,500 copies in the quarter, during which the Post implemented circulation price increases.
Overall, the newspaper division reported an operating loss of $34.5 million in the first quarter, but on a cash flow basis it lost only $5.4 million. The cash flow was derived by subtracting from newspaper earnings $6 million for depreciation and $22.9 million for pension contributions the company does not need to make because its pension plan is over-funded.
The Kaplan division, pressed by Education Department regulations and heavy competition in the for-profit education arena, posted an operating loss of $4.1 million, more modest than the $11.9 million operating loss in the first quarter of 2012. Revenue fell 3 percent, to $527.8 million, still more than half the revenue for the entire Post Co.
Kaplan incurred $9.5 million in restructuring costs and said it expects an additional $15 million this year, as previously announced. The company warned that it “may also incur additional restructuring charges in 2013 as Kaplan continues to evaluate its cost structure.”
Two years after reforms aimed at blunting criticism over marketing and the extent and use of federally financed student loans in its higher-education unit, Kaplan continues to struggle to rebuild from a lower enrollment base. New-student enrollments at Kaplan Higher Education decreased 9 percent during the first quarter, in part because Kaplan ceased taking new students at nine campuses slated for closure. Enrollment rose slightly compared with Dec. 31, but at 67,196 students was down 11.6 percent from a year ago.
The Post Co. said that “changes in the trial period offered to new students” increased revenue at Kaplan Higher Education. That trial period, known as the Kaplan Commitment, has been the centerpiece of the company’s effort to burnish its image after the flap over marketing practices across the for-profit education industry. The Post Co. did not specify what those changes were.
The Kaplan test-prep division lost money, but not half as much as last year.
The company’s television broadcasting division was a bright spot. Although last year’s results were buoyed by election-year political advertising, in the first quarter of 2013 revenue rose 5 percent and operating income climbed 14 percent, to $35.4 million.
Cable television revenue rose 5 percent in the first quarter compared with the first quarter of 2012, and operating income climbed 12 percent, to $36.6 million. Rate increases for many subscribers imposed in June 2012 were partially offset by a decline in basic video subscribers.
Revenue and operating losses grew from other businesses, which include Social Code, recently acquired Celtic Healthcare and Wapo Labs.
The company bought back only 11,250 shares under its stock buyback plan.
(Source: The Washington Post via banglanews24.com)