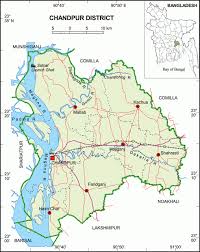 The annual budget of the newly created Chhengarchar municipality under
Matlab (North) upazila of the district for the fiscal 2013-14 was
announced on Sunday.
The budget was made public at the municipality hall room in presence
of the local elites, musicality commissioners, political leaders,
social workers and media men.
Paurashava Mayor Rafiqul Alam George announced the budget amounting to
Tk14,38, 88,200 without imposing any fresh tax on the service
recipients.
The budget shows a revenue income of Tk2, 59, 30,500 while development
assistances from various sectors involve an amount of Tk 11 crore 65
lakhs.
Total expenditure was shown in the budget as Tk14,16, 81,500 only.
Surplus amount from various sectors was shown at Tk22,6600 only which
the mayor termed as double, compared to the last year’s.
Municipality secretary Shah Sufian Khan, among others, spoke on the budget.
(UNB, Chandpur)