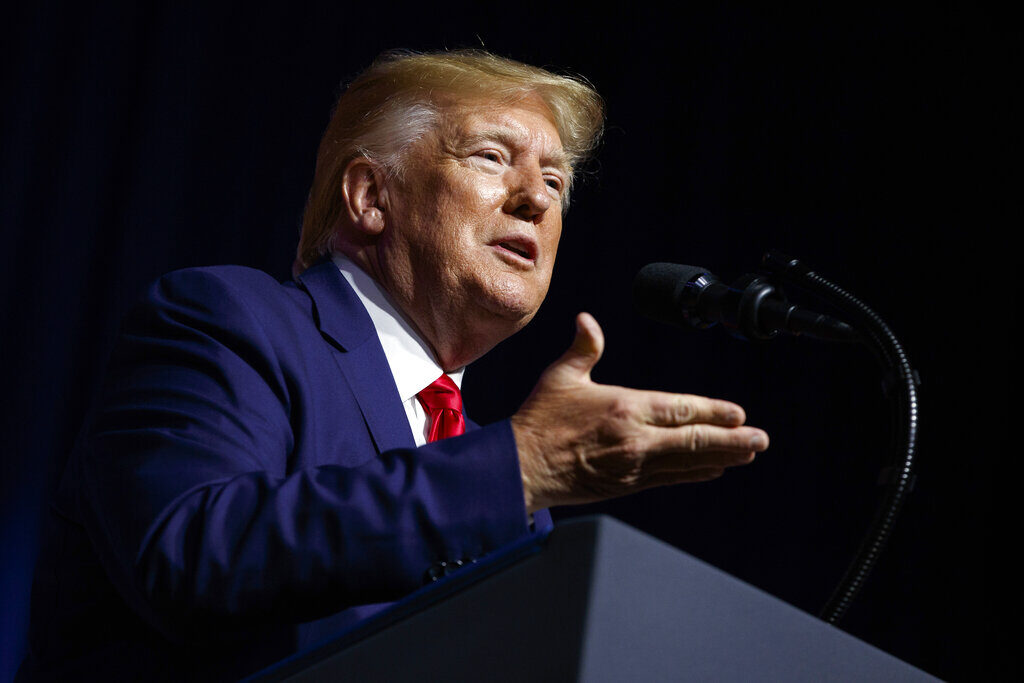 Congress has invited US President Donald Trump to its first impeachment hearing on 4 December.
Jerrold Nadler, the Democratic chairman of the House Judiciary Committee, said Mr Trump could either attend or “stop complaining about the process”.If he does attend, the president would be able to question witnesses.
It would mark the next stage in the impeachment inquiry, which centres on a July phone call between Mr Trump and Ukrainian President Volodymyr Zelensky.
In that call, President Trump asked Mr Zelensky to investigate Joe Biden, currently the front runner to be the Democratic candidate in next year’s presidential election, and his son Hunter Biden, who had previously worked for Ukrainian energy company Burisma.
The probe is looking into whether Mr Trump used the threat of withholding US military aid to pressure Ukraine into investigating the Bidens. The president has denied any wrongdoing and has called the inquiry a “witch hunt”.
Last week, the House Intelligence Committee wrapped up two weeks of public hearings, which followed several weeks of closed-door witness interviews.
Adam Schiff, the Democratic chairman of the Intelligence Committee, said the committees leading the probe – Intelligence, Oversight and Foreign Affairs – are now working on their report, which will be issued on 3 December.
What did Jerrold Nadler say?
Mr Nadler said in a statement that he had written to Mr Trump inviting him to the hearing next month.
“At base, the president has a choice to make,” Mr Nadler said. “He can take this opportunity to be represented in the impeachment hearings, or he can stop complaining about the process.
“I hope that he chooses to participate in the inquiry, directly or through counsel, as other presidents have done before him.”
In his letter to the president, Mr Nadler said the hearing would be an opportunity to discuss the historical and constitutional basis for impeachment.
“We will also discuss whether your alleged actions warrant the House’s exercising its authority to adopt articles of impeachment,” he added.
He has given Mr Trump until 18:00 EST (23:00 GMT) on 1 December to confirm whether or not he will be at the hearing, and if so, to let the committee know who his counsel will be.
What next with the impeachment inquiry?
The Judiciary Committee is expected to begin drafting articles of impeachment – which are the charges of wrongdoing against the president – in early December.
After a vote in the Democratic-controlled House, a trial would be held in the Republican-run Senate.
If Mr Trump was convicted by a two-thirds majority – an outcome deemed highly unlikely – he would become the first US president to be removed from office through impeachment.
The White House and some Republicans want the trial to be limited to two weeks. – BBC News