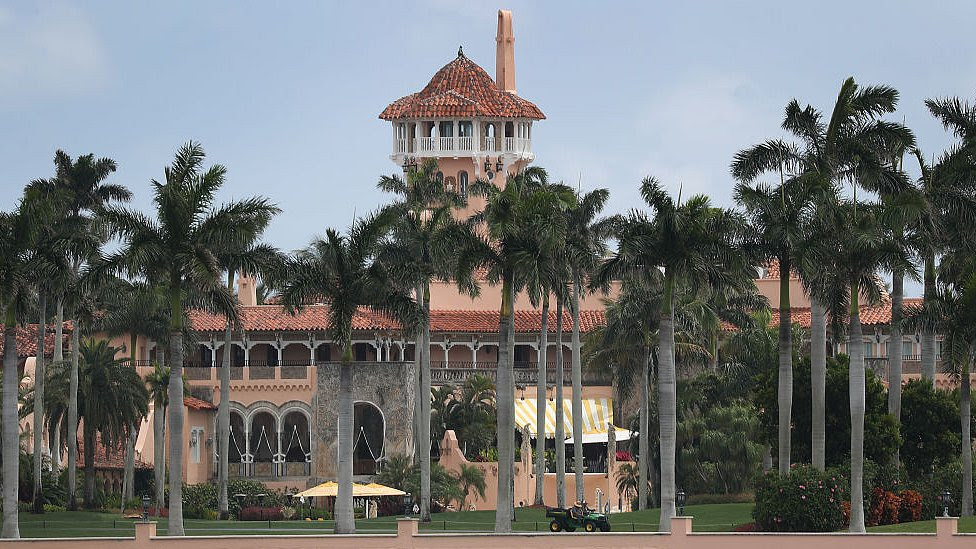 US President Donald Trump has announced he will make Florida his permanent home instead of Trump Tower in New York. He said he had been badly treated by New York’s political leaders, despite having paid millions of dollars in tax.
Mr Trump was born in New York but has increasingly spent more time at his Mar-a-Lago estate in Palm Beach.
The president, a Republican, has been at odds with New York State

Governor Andrew Cuomo and New York City Mayor Bill de Blasio – both Democrats.
They both welcomed the news that the president was Florida-bound.
“Don’t let the door hit you on the way out or whatever,” tweeted Mr De Blasio.
Mr Cuomo challenged Mr Trump’s assertion that he had paid his taxes, adding: “He’s all yours, Florida.”
Mr Trump has never released his tax returns and refuses to disclose personal tax information.
He has owned the Mar-a-Lago resort since 1985 and travels frequently between there and the White House.
President Trump is running for a second term in next year’s election and made clear on Thursday that he hoped to be in the White House for another five years.
He said he would always cherish New York but added: “Unfortunately, despite the fact that I pay millions of dollars in city, state and local taxes each year, I have been treated very badly by the political leaders of both the city and state. Few have been treated worse”.
The New York Times reported that President Trump and his wife Melania filed for residency in Florida in September.
According to documents obtained by the Times, Mr Trump’s “other places of abode” are listed as 1600 Pennsylvania Avenue (the White House) and his private golf club in Bedminster, New Jersey.
An apartment in Trump Tower, Manhattan, has been Mr Trump’s primary residence since 1983. It is not clear if he will retain it.
According to NBC News, President Trump has spent 99 days at Mar-a-Lago compared with 20 days at Trump Tower since taking office.
The White House has not commented on the president’s reasons for changing his permanent address but the New York Times quoted a person close to the president as saying that the reasons were mainly for tax purposes.
Florida does not have a state income tax or inheritance tax.
Earlier this month a judge ordered Mr Trump to hand over eight years of his tax returns to New York investigators.
The ruling helps an investigation into alleged hush money paid to two women who claim they had affairs with Mr Trump. – BBC News