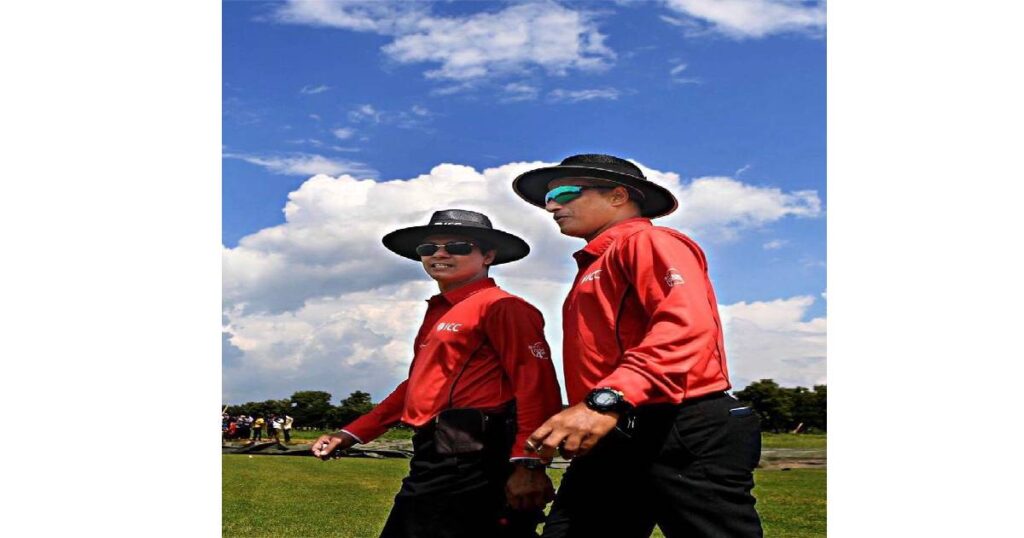 Dhaka —Two Bangladeshi umpires— Sharfuddowla Ibne Shahid Saikat and Masudur Rahman Mukul—brought themselves to a new height as they for the first time got the direct match allocations in the upcoming ICC Under-19 World Cup in South Africa this month.

The media department of Bangladesh Cricket Board (BCB) on Monday evening confirmed that Sharfuddowla Ibne Shahid Saikat and Masudur Rahman Mukul will conduct this month’s U-19 World Cup Cricket matches.

Both Sharfoddowla and Mukul will conduct five games each in the first round of the U-19 World Cup as the on-field umpires.

Sharfoddowla will start his World Cup campaign on January 12 with the match between Pakistan and Nigeria while Mukul will conduct his first match when Japan will take on Scotland on January 13.

“It’s a great opportunity for me. This is for the first time that Bangladeshi umpires get direct match allocation in an ICC event. I will try my best to work unerringly,” Mukul told the media.UNB