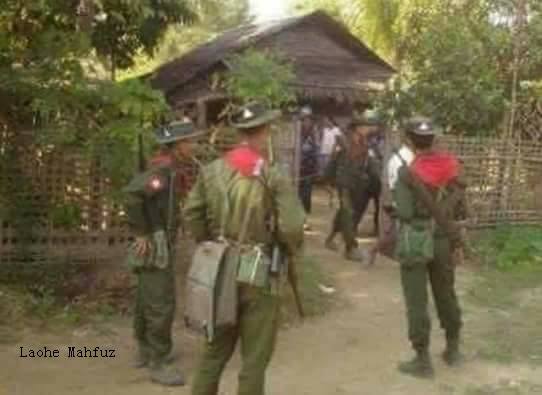 Dhaka, Aug 25 – The United States has called upon all those involved in Myanmar to respect human rights, allow unhindered humanitarian access, and engage in political dialogue to pursue peace.
The US further said military abuses continue in Rakhine State and elsewhere in Myanmar due to lack of “accountability and civilian oversight.”“Justice and accountability are essential for Burma’s efforts to build a strong, peaceful, secure, and prosperous democracy,” said Morgan Ortagus, spokesperson at the US Department of State in a statement on Saturday.
The US said they continue to call on others to support efforts to “promote justice and facilitate conditions” for voluntary return.
It urged the Myanmar government to implement the Advisory Commission’s recommendations, which offer the best path forward for Myanmar and all the people of Rakhine State, as well as all those who fled.
“We continue to work with international organisations to encourage Burma [Myanmar] to create the conditions that would allow for the voluntary, safe, dignified, and sustainable return of refugees to their places of origin or other places of their choosing,” it said in a statement marking the two years after Rohingya “ethnic cleansing.”
Two years ago, Myanmar’s security forces engaged in a brutal attack against hundreds of thousands of unarmed men, women, and children in a grossly disproportionate response to attacks by militants on security posts in northern Rakhine State.
“The Burmese military’s horrific atrocities against Rohingya villagers caused an exodus of more than 740,000 Rohingya to Bangladesh in actions that constituted ethnic cleansing,” said Morgan Ortagus, spokesperson at the US Department of State.
Morgan said Rakhine State is not the only place in Myanmar where the military has committed violations of human rights against the Myanmar’s people over the past 70 years.
“As August also marks the two years since the release of the Kofi Annan-led Advisory Commission on Rakhine State’s report and recommendations, many of which concern the institutional discrimination against Rohingya that continues to this day,” said the spokesperson.
The US appreciated the government of Bangladesh’s ongoing generosity in hosting these Rohingyas and is the leading contributor of humanitarian assistance in response to the Rohingya crisis, providing nearly $542 million since the outbreak of violence in August 2017.
“We continue to call on others to join us in contributing to this humanitarian response,” said the spokesperson.
“Our thoughts are with the victims of these abuses and the more than one million refugees who have been forced to find refuge in Bangladesh,” Morgan said.
Bangladesh is now hosting over 1.1 million Rohingyas and most of them entered the country since August 25, 2017.
Despite all the preparations on August 22, no Rohingya turned up to avail of the “voluntary” repatriation offer given to them to go back to their place of origin in Rakhine State of Myanmar prompting the authorities to suspend the repatriation process.
The two countries signed a repatriation deal on November 23, 2017, but there has been little progress.
On July 29, Bangladesh handed a fresh list of 25,000 Rohingyas from around 6,000 families to Myanmar for verification before their repatriation to Rakhine State.
With the latest list, Bangladesh has so far handed the names of around 55,000 Rohingyas to the Myanmar authorities and around 8,000 of them have been verified. Myanmar only cleared 3,450 Rohingyas for beginning the repatriation.
On January 16, 2018 Bangladesh and Myanmar inked a document on “Physical Arrangement”, which was supposed to facilitate the return of Rohingyas to their homeland.
The “Physical Arrangement” stipulates that the repatriation will be completed preferably within two years from the start.
The first batch of Rohingyas was scheduled to return on November 15 last year but it was also halted amid the unwillingness of Rohingyas to go back for lack of a congenial environment in Rakhine. – UNB