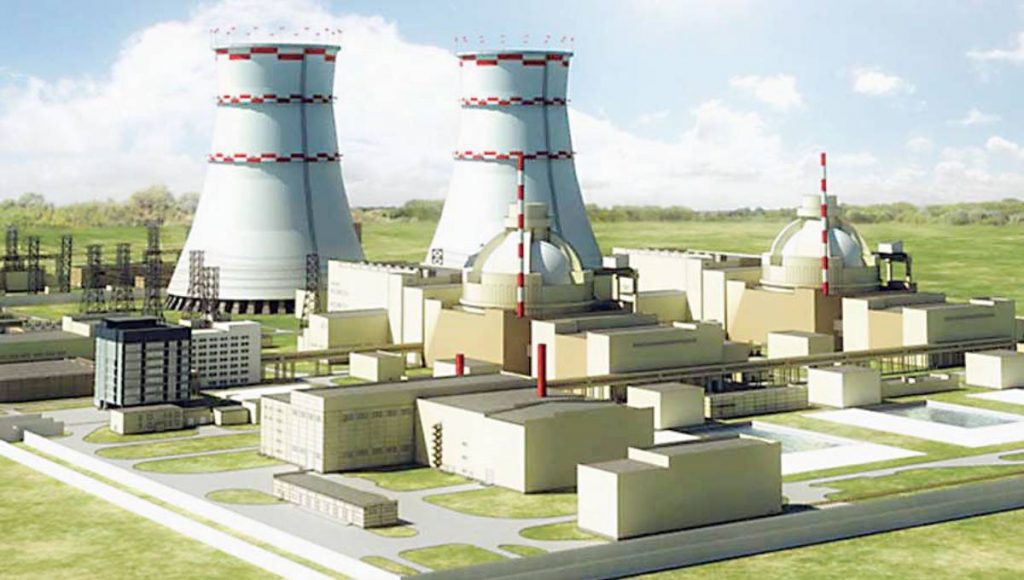 Welding of the upper semi-vessel of the Reactor Pressure Vessel (RPV) for Unit- 2 of Rooppur Nuclear Power Plant begins in the Volgodonsk Branch of ‘AEM-technology’ in Russia.Following test assembly of components of the RPV semi-vessel, two shells and a flange of it were put together. With the help of a crane, they were lifted to a welding stand for welding under heating at a temperature of 150-300 degrees Celsius.
It was then heated up to 300 degrees in the welding zones. With the help of a bridge crane with a lifting capacity of 180 tons, it was moved into the furnace to conduct HT for 4 days. Simultaneously, manufacturing of lower semi-vessel consisting of three shells and a bottom is in progress.
The reactor represents a vertical cylindrical body with an elliptical bottom. It hosts the Core and the Internals. On top, it is sealed with a Cover with drives mechanisms and regulating devices installed on it for the protection of the reactors. It has nozzles, intended for the passage of sensor cables for in-core monitoring. In the upper part of the vessel, there are nozzles for the coolant input and output, as well as nozzles for an emergency supply of the coolant if the circuit is depressurized.
The Rooppur NPP is designed and built according to the Russian project. The plant will have two power units each with a capacity of 1200 MW. Each unit will host a generation 3+ VVER-1200.
AEM-technology is a part of Atomenergomash, the engineering division of Russia’s state atomic energy corporation-Rosatom. – Press release