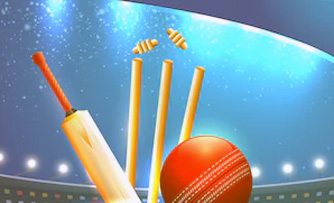 West Indies captain Jason Holder hailed a “huge step forward” for cricket as his side became the first international sports team to arrive in Britain since the coronavirus lockdown.The three-Test series between England and the Caribbean side, originally due to begin on June 4, will start more than a month later
at bio-secure venues behind closed doors.
“This is a huge step forward in cricket and in sports in general as we travel over to England for this series,” Holder told the Cricket
West Indies website.
“A lot has gone into the preparations for what will be a new phase in the game.”
All the West Indies players have tested negative for the virus,although they will be retested in Manchester, where they arrived on
Tuesday. The Ageas Bowl in Southampton will host the first match, starting on July 8, and Old Trafford will host the second and third Tests later in the month.
Players will be in a protective “bubble” at the two grounds. Several temporary rule changes in response to the pandemic,
including COVID-19 substitutions, were announced by the International Cricket Council on Tuesday.
The ICC has also issued a ban on applying saliva to the ball and approved use of non-neutral umpires because of travel restrictions.
International matches are vital to cricket’s finances.
The England and Wales Cricket Board estimated it could lose o252 million ($321 million) if there were no matches at all this summer.
The West Indies, who hold the Wisden Trophy after beating England at home last year, have selected a 25-strong squad for the series.
Three players — Darren Bravo, Shimron Hetmyer and Keemo Paul —declined to tour.
The absence of Bravo and Hetmyer deprives the tourists of two top-order batsman, with Paul less of a loss given he is a back-up for
Holder, the world’s top-ranked all-rounder.
The tourists, who have taken a 50 percent pay cut, will complete a 14-day quarantine period combined with initial training at Old
Trafford before heading south for the first Test.
“There is expectation in the air that we will defend the Wisden Trophy and we will certainly put in the work and give it our all to
keep hold of it,” said Holder.
Former England captain David Gower said the West Indies had “done us a favour” by agreeing to tour, with official data showing the
number of confirmed and suspected virus deaths in Britain had risen to almost 50,000.
West Indies limited-overs all-rounder Carlos Brathwaite, who will be a member of the BBC radio commentary team, said the virus figures had caused “some scepticism” about the tour among some players.
But he told the BBC: “Ultimately, everybody has been champing atthe bit not only to practise, but play.”
England captain Joe Root said last week “the whole cricketing world will be grateful to see some cricket again”.
But the skipper could be the most significant absentee from the first Test as he plans to attend the birth of his second child,
expected in the first week of July.
Root has backed vice-captain Ben Stokes to do a good job if he is absent.
But Kevin Pietersen, recalling his own brief stint as England skipper, was wary of adding to the star all-rounder’s burdens.
“The entertainers and the guys that have to carry the mantle in the team sometimes aren’t the best captains and sometimes struggle with the extra added pressure,” Pietersen told talk SPORT, reports AFP.