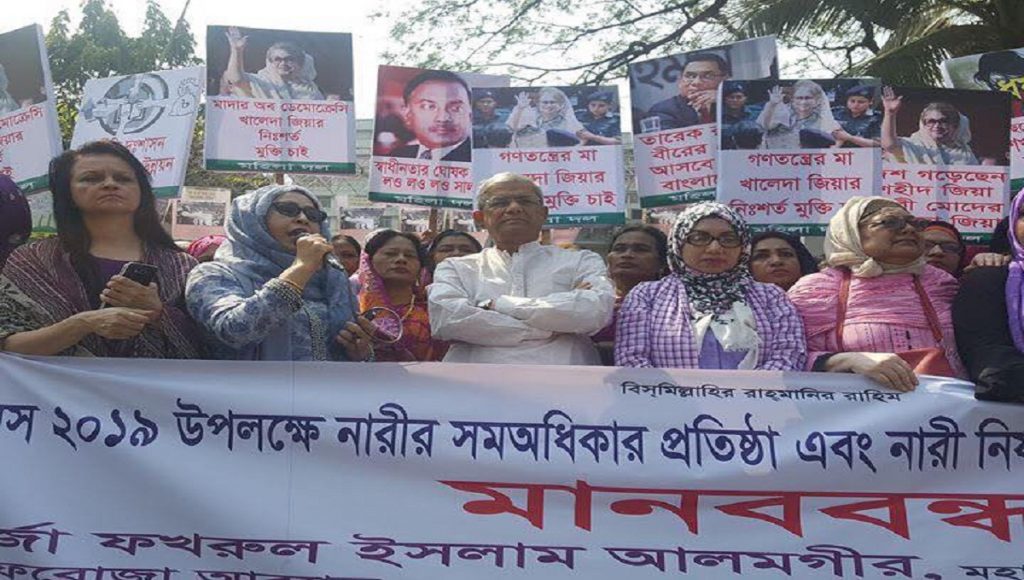 Dhaka, Mar 8 (UNB) – BNP secretary general Mirza Fakhrul Islam Alamgir on Friday alleged that women are being seriously repressed in the country as the government ‘usurped power by snatching people’s all rights’.

“The Women’s Day is being observed in Bangladesh today (Friday) where women are being extremely oppressed,” he told a human chain programme.

The BNP leader also said the current government ‘usurped power’ illegally by using the state machinery and depriving people of their all basic rights.

“They (govt) are carrying out oppression on the entire nation. They’re not even sparing our mothers and sisters,” he observed.

Fakhrul alleged that the government has taken a position against the country’s people as it is not elected by them.

He also regretted that their chairperson Khaleda Zia who struggled for women’s uprising, worked for their empowerment and played an important role in educating women has been kept in jail in ‘false’ cases out of the government’s political vengeance.

“The government grabbed power like Pakistani occupation forces and it is now suppressing people. Let’s take a vow on this Women’s Day that we’ll free Khaleda Zia and intensify the women’s movement for ensuring their rights and stop violence against them,” the BNP leader said.

He also called upon the party’s female leaders and activists to play a united and important role in forcing the government to free Khaleda and establish a pro-people administration through a credible election.

Fakhrul also said repression on women will not be stopped until democracy is restored and a pro-democratic government is established.