Data released recently by the European Centre for Disease Prevention and Control (ECDC) and European Food Safety Authority (EFSA) reveal that antibiotics used to treat infections that can be transmitted between animals and humans (zoonoses) like campylobacteriosis and salmonellosis are becoming less effective.
The joint report refers to 2017 data collected from 28 EU member states from humans, pigs and calves under one year of age.
According to the report, resistance to fluoroquinolones (such as ciprofloxacin) is so high in Campylobacter bacteria in some countries that these drugs no longer work for the treatment of severe campylobacteriosis cases.
Salmonella in humans is becoming resistant to fluoroquinolones in most countries today, and in Campylobacter, high to extremely high proportions of 1bacteria are resistant to ciprofloxacin and tetracyclines.
This means thousands of patients across the EU have limited options when it comes to treating severe infections.
Antimicrobial resistance in food-producing animals can spread to people via food-borne routes, water, environmental contamination, or through direct animal contact. Campylobacter, Salmonella and some strains of Escherichia coli are examples of zoonotic bacteria that can infect people by the food-borne route.
In June 2017, the European Commission adopted the EU One Health Action Plan against Antimicrobial Resistance, calling for effective action against this threat and recognising it needs to be tackled in human health, animal health and the environment. The prudent use of antimicrobials is essential to the emergence and spread of antibiotic-resistant bacteria in humans and animals.
The report, ‘The European Union summary report on antimicrobial resistance in zoonotic and indicator bacteria from humans, animals and food in 2017’, is available here: https://ecdc.europa.eu/sites/portal/files/documents/EU-summary-report-antimicrobial-resistance-zoonotic-bacteria-humans-animals-2017-web.pdf 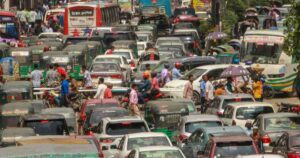