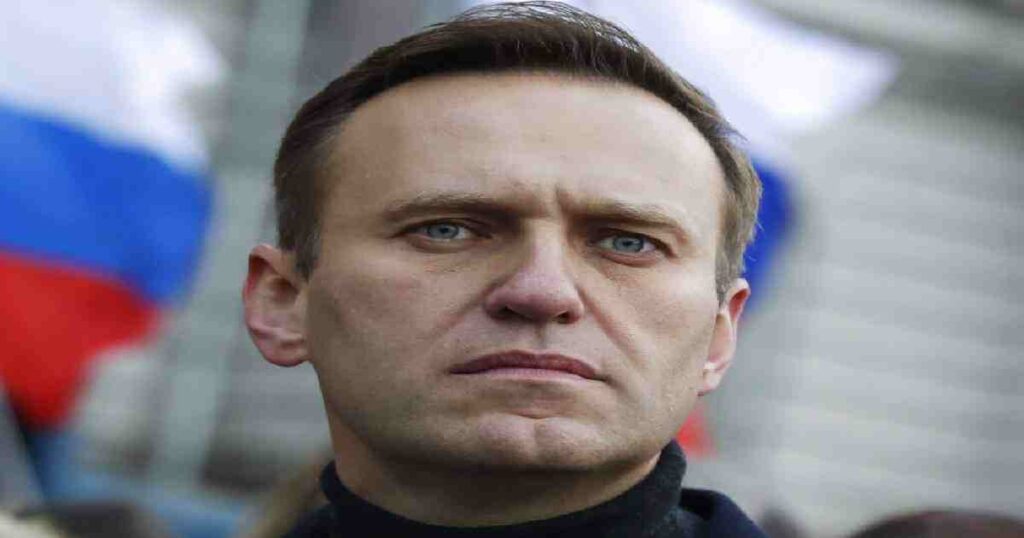 There is “unequivocal proof” that Russian opposition politician Alexei Navalny was poisoned with a Novichok nerve agent, Germany has said.
Chancellor Angela Merkel said he was a victim of attempted murder and the world would look to Russia for answers.Mr Navalny was flown to Berlin after falling ill on a flight in Siberia last month, and remains in a coma.
His team says he was poisoned on President Vladimir Putin’s orders. The Kremlin has dismissed the allegation.
The Kremlin spokesman called on Germany for a full exchange of information and foreign ministry spokeswoman Maria Zakharova complained the Novichok allegations were not backed up by evidence. “Where are the facts, where are the formulas, at least some kind of information?” she asked.
A Novichok nerve agent was used to poison former Russian spy Sergei Skripal and his daughter in the UK in 2018. While they survived, a British woman later died in hospital. The UK accused Russia’s military intelligence of carrying out that attack.
Prime Minister Boris Johnson condemned the latest attack as “outrageous”. “The Russian government must now explain what happened to Mr Navalny – we will work with international partners to ensure justice is done,” he tweeted.
What has Germany said?
After the government in Berlin released results of toxicology tests carried out at a military laboratory, Chancellor Merkel said there were now “serious questions that only the Russian government can and must answer”.
“Someone tried to silence [Mr Navalny] and in the name of the whole German government I condemn that in the strongest terms.”
Chancellor Merkel said Germany’s Nato and EU partners had been informed of the results of the investigation and they would decide on a common and appropriate response based on Russia’s reaction.
Mr Navalny’s wife Yulia Navalnaya and Russia’s ambassador to Germany would also be informed of the findings, the Berlin government said.
The European Union has demanded a “transparent” investigation by the Russian government. “Those responsible must be brought to justice,” a statement read.
Nato Secretary-General Jens Stoltenberg also called for an inquiry in a tweet, while the US National Security Council (NSC) said the suspected poisoning was “completely reprehensible”.
“We will work with allies and the international community to hold those in Russia accountable, wherever the evidence leads, and restrict funds for their malign activities,” an NSC spokesman said.
What happened to Navalny?
Mr Navalny fell ill on a flight from Tomsk to Moscow. His supporters suspect poison was placed in a cup of tea at Tomsk airport.
The flight of the prominent Putin critic was diverted to Omsk, where doctors treated him for three days before he was transferred to the Charité hospital in Berlin.
The Kremlin says Russian doctors administered atropine – which can be used to treat the effects of nerve agents – but found no evidence of poisoning.
Mrs Navalnaya said she feared Russian doctors had delayed his transfer as authorities were trying to wait for evidence of any chemical substance to disappear.
Doctors at Charité hospital have said his condition is continuing to improve but he remains in an intensive care unit on a ventilator.
What is Novichok?
The name Novichok means “newcomer” in Russian, and applies to a group of advanced nerve agents developed by the Soviet Union in the 1970s and 1980s.
Novichok agents have similar effects to other nerve agents – they act by blocking messages from the nerves to the muscles, causing a collapse of many bodily functions.
While some Novichok agents are liquids, others are thought to exist in solid form. This means they can be dispersed as an ultra-fine powder.
Novichoks were designed to be more toxic than other chemical weapons, so some versions begin to take effect rapidly – in the order of 30 seconds to two minutes.
In 2018, Sergei Skripal and his daughter Yulia were left critically ill in the British city of Salisbury, after Russian suspects were alleged to have smeared the nerve agent on the door handle of the former Russian spy’s home.
Dawn Sturgess, 44, was later exposed to the same nerve agent and died in hospital. Her partner became critically ill but recovered. – BBC News