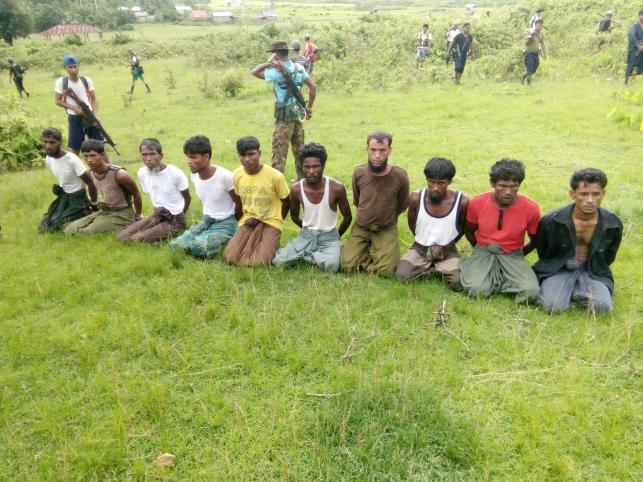 The Netherlands and Canada have said States parties to the Genocide Convention must resolve to prevent genocide but also, critically, to hold perpetrators in Myanmar to account.“Canada and the Kingdom of the Netherlands reiterate their call to all states parties to the Genocide Convention to support The Gambia in its efforts to address these violations,” the two countries said in a joint statement.
François-Philippe Champagne, Minister of Foreign Affairs of Canada, and Stef Blok, Minister of Foreign Affairs of the Kingdom of the Netherlands, issued the statement on Wednesday regarding intention to intervene in The Gambia v. Myanmar case at the International Court of Justice (ICJ).
“Canada and the Kingdom of the Netherlands would like to express their joint intention to intervene in the matter of The Gambia v. Myanmar, a contentious case brought by The Gambia against Myanmar at the International Court of Justice [ICJ] alleging violations of the Convention on the Prevention and Punishment of the Crime of Genocide [Genocide Convention],” they said.
The Gambia’s application shows the discrimination and persecution of the Rohingya in Myanmar, which created the conditions for Myanmar’s security forces to perpetrate targeted and systemic atrocities against the Rohingya, Saudi the Foreign Ministers.
“It states that Myanmar’s violations include the commission of genocide against the Rohingya, mostly by way of the systematic and widespread perpetration of mass murder, sexual violence, torture, forced displacement, and denial of access to food and shelter. These conditions have caused over 850,000 Rohingya to flee to Bangladesh since 2016.”
They said the Genocide Convention embodies the solemn pledge to prevent the crime of genocide and hold those responsible to account.
“In bringing this application to the ICJ, The Gambia took a laudable step towards ending impunity for those committing atrocities in Myanmar and upholding this pledge. Canada and the Netherlands consider it our obligation to support these efforts which are of concern to all of humanity.”
As part of this intervention, Canada and the Kingdom of the Netherlands will assist with the complex legal issues that are expected to arise and will pay special attention to crimes related to sexual and gender-based violence, including rape. – Agency