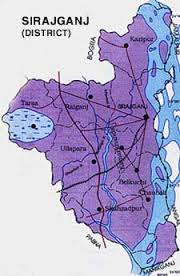 A court here on Tuesday sentenced four people to life term imprisonment for killing a young man in 2009.
The condemned convicts are – Abdus Salam, 26, son of Hazrat Pramanik, Rakibul Islam, 28, son of Ayen Sarkar, Jewel Ahmed, 30, son of Sohrab Ali, and Abdul Jabbar,22, son of Yeasin Ali, all residents of Shumadhyamarich village in Ullahpara upazila.Additional District and Sessions Judge Fazle Khoda Najir handed down the verdict, acquitting two other accused of the case as allegations brought against them were not proved.The court also fined them TK 20,000 each. They will have to undergo six months more rigorous imprisonment in case they fail to pay the fine.According to the prosecution, Hasmat Ali, a resident of the same village, was slaughtered to death by the four people on December 10, 2009 over previous enmity.Ainal Haque, father of Hasmat, filed a case with Ullahpara Police Station accusing six people in this connection on the following day.Later, police submitted the charge sheet against the six people. -UNB, Sirajganj