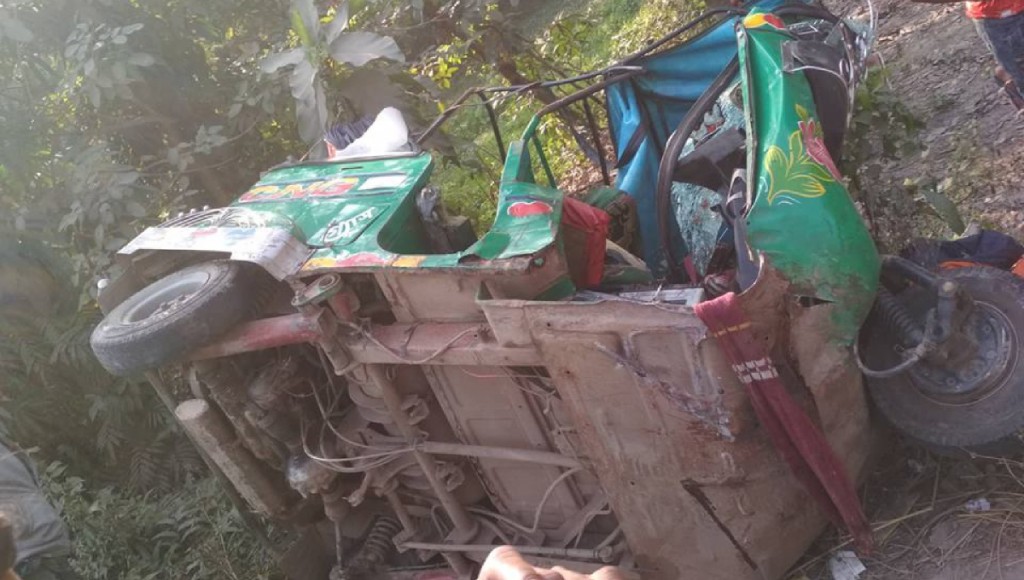 Four people were killed and two others injured when a bus collided with an auto-rickshaw at Nirwarispur in Begumganj Upazila on Monday.
The identities of the deceased could not be known immediately.The accident took place on Begumganj-Sonaimuri road around 1:15pm.
“A Noakhali-bound bus from Dhaka hit an auto-rickshaw, killing four people on the spot and injuring two other,” said Firoz Hossain, officer-in-charge of Begumganj Police Station.The injured was taken to a local hospital.