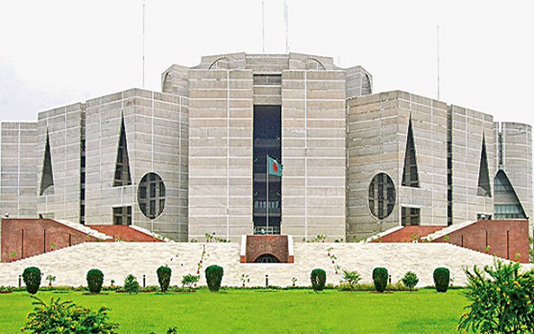 The Air Transport (Montreal Convention 1999) Bill 2020 was placed in Parliament on Tuesday to pave the way for an air passenger to get some US$ 160,000 (Tk 1.4 crore) as compensation in case of death.State Minister for Civil Aviation and Tourism Md. Mahbub Ali placed the Bill in the House and it was sent to the respective parliamentary standing committee for further scrutiny. The Committee was asked to submit its report within one month.
If the bill is transformed into a law, it will also help ensure proper compensation for the injuries of air passengers, damages of baggage or cargo goods in the line with the Montreal Convention 1999.
Bangladesh is a signatory to the Montreal Convention which deals with the passengers rights and compensation, but it was not transformed into any law in Bangladesh.
Since there is no law over the convention, Bangladesh does not get the benefits as prescribed in the Convention.
The bill, if enacted as law, will give protection to the air passengers. Under the bill, passengers will get compensation for death and injuries, damages or delay of baggage and cargo goods.
Some USD 160,000 has been proposed as compensation for the death of a passenger, while USD 70 for damaging a kilogram of baggage materials and USD 27 for damaging a kilogram of cargo goods, the bill said.
According to the bill, the punishment for the violation of any provision of the bill by any airline would be maximum 10 years’ jail or Tk 100 crore fine, reports UNB.