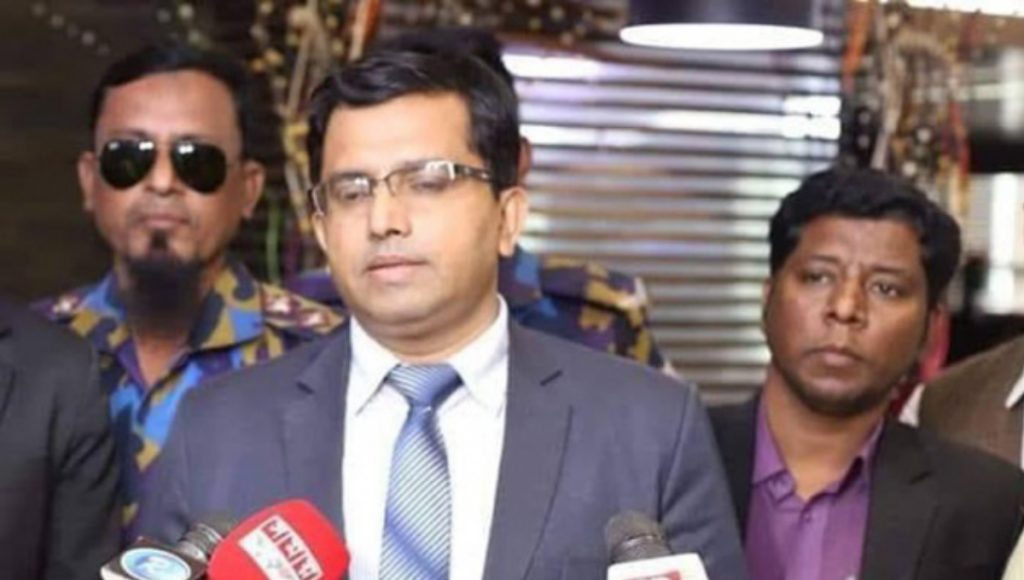 Dhaka, June 4 – A day after transferring him to the Road Transport and Highways Division, the government on Tuesday revoked the transfer of Deputy Director of the Directorate of National Consumer Rights Protection (DNCRP) Manzur Mohammad Shahriar, who led Monday’s drive against popular local brand Aarong.
The Public Administration Ministry issued a notification the transfer order.
Aarong’s Uttara branch was fined Tk 4.5 lakh for irregularities and sealed off temporarily by the DNCRP during a drive supervised by Shahriar on Monday.
Soon after the drive, the DNCRP deputy director was transferred to the Khulna zone of Road Transport and Highways Division as estate and law officer on deputation – a move that triggered widespread criticism on the social media.
A notification issued by the Public Administration Ministry on Monday asked him to join the new workplace by June 13, saying he would be considered as stand released from his current position in the afternoon of the day.
However, Public Administration Ministry’s Additional Secretary Sheikh Yusuf Harun insisted that Shahriar’s transfer order had nothing to do with the drive. – UNB