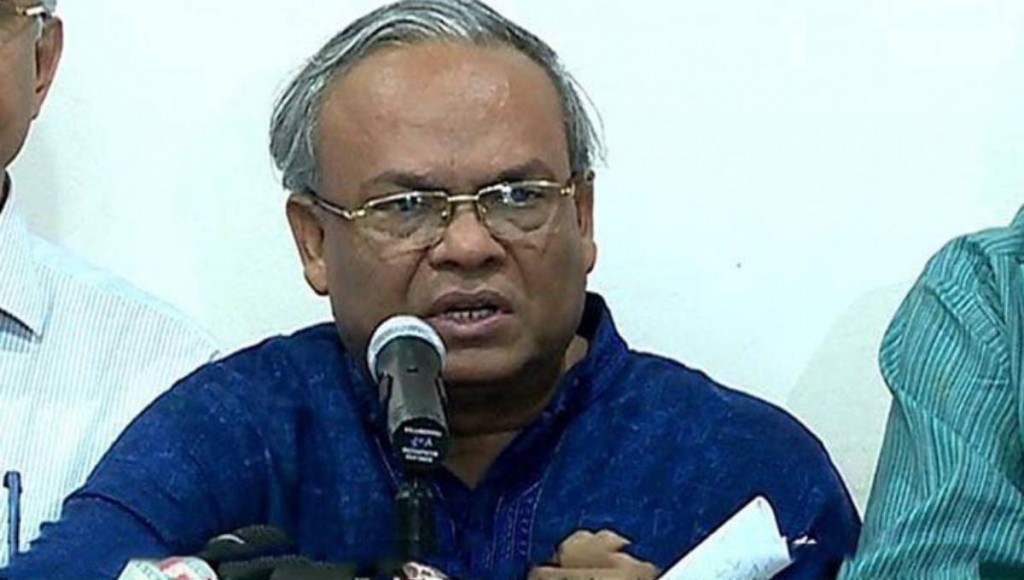 Dhaka, May 10 – BNP on Friday said the denial of facts by law enforcers after picking many opposition leaders and activists up is a serious inhuman act.
In a statement, party senior joint secretary Ruhul Kabir Rizvi also alleged that law enforcers have got desperate to eliminate opposition parties with state patronage.
The statement was issued as Jatiyatabadi Swechchasebak Dal’s Sirajganj district town unit convener Sanwar Hossain Sanu remained missing since he was ‘picked up’ by law enforcers.
Rizvi voiced deep concern as he said law enforcers are not admitting the arrest of Sanu. “The Awami League government has made the denial a culture.”
He said the government has started indulging in enforced disappearances, extrajudicial killings, arresting opposition leaders and activists in false cases and other cruel acts out of its unknown fear of losing power.
“Family members and BNP leaders and activists are deeply worried over the incident of Sanu’s missing,” Rizvi said.
The BNP leader demanded the law enforcers ensure the safe and immediate return of the Swechchasebak Dal leader to his family. – UNB