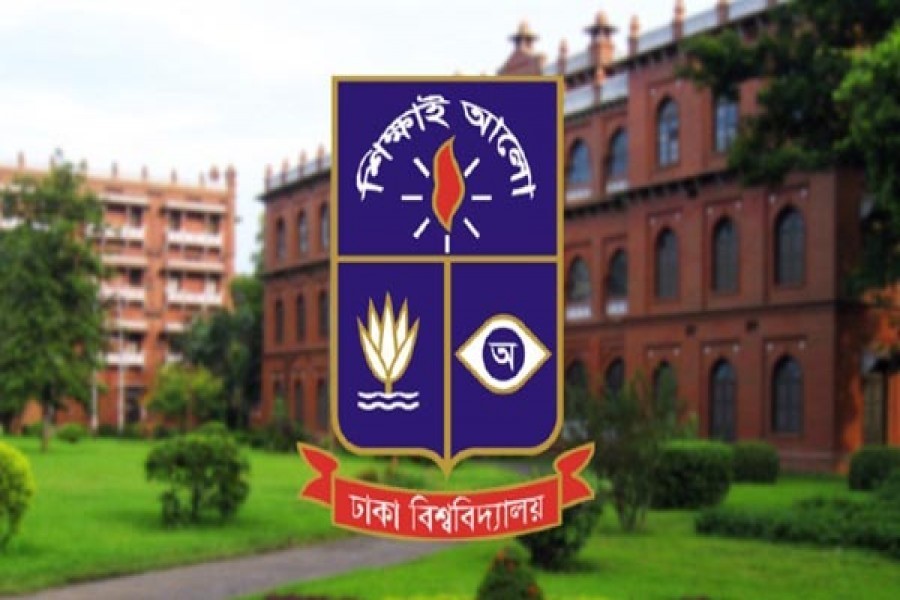 Dhaka, June 8 (UNB) – Once admired for its green ambience and cool atmosphere, Dhaka University is now losing its beauty fast with the fading greenery and untidy environment like other parts of the capital.

Students of the university, once thriving on its reputation for providing quality education, face myriads of problems like homelessness and overcrowded spaces as there is no visible master plan to save the campus from the pressure of unplanned development of the city.

Students come a long way with big dreams to read at universities, but they ultimately get upset when they face a bazaar-like situation everywhere with overcrowding and crumbling classrooms, said Akhtaruz Zaman, an alumnus of the university, while visiting the campus recently.

“This is not appreciable that outsiders remind university authorities about cleanliness. They’ve to maintain cleanliness before anyone else reminds them. “Once the situation (at DU) was not like this,” said Zaman who now teaches journalism at Massey University in New Zealand.

Another alumnus of the university, who preferred not to be named, said the university is fraught with all the problems one can name. “Dirt, dust and garbage are everywhere in addition to unplanned food stalls at every corner of the campus,” he said.

Allegations are also there that the quality of education at the university is being compromised for various reasons.

Professor Emeritus of the university Dr Serajul Islam Choudhury recently said DU students are now losing interest in acquiring knowledge due to the fall of standard in its education and growing unemployment.

“The standard of education [at DU] is falling fast. These days students are busy preparing themselves for public recruitment tests, including Bangladesh Civil Service (BCS), rather than acquiring knowledge,” he said.

The Times Higher Education, a London-based organisation, has recently published a list of 417 top-ranking universities in Asia but Dhaka University could not secure any position in the list-2019.

About its losing greenery, open spaces and cleanliness, many students of the university blamed the negligence of the authorities for the shrinking greenery and unclean environment on the campus.

Garbage like used water bottles, polyethene bags, and cigarette butts and packets are found scattered here and there on the campus.

After visiting different points of the campus, including the central playground, Shaheed Minar, Mall Chattar, Curzon Hall, Arts Faculty Building, Teacher-Student Centre (TSC) and Madhur Canteen, the UNB correspondent did not find enough bins where students can throw the trashes into.

Blaming the university authorities for not providing adequate bins, Niloy Kumar Biswas, a student of Mass Communication and Journalism Department, said he never finds close to his hands any bin to throw trashes into.

“There’re only six or seven bins near the Arts Faculty Building areas, forcing students to throw wastes at open places despite knowing that it’ll only make our campus dirty…but we’ve nothing to do,” said Niloy.

“Overcrowding is always a problem. Now the university has over 37,000 students but it is woefully unequipped to handle this influx,” Niloy added.

Prof Mihir Lal Shah, a teacher of Botany department and director of the Arboriculture Centre of the university, said the university has lost at least 20 big old trees in the last one and half years due to natural or manmade causes, leading to the loss of its greenery.

A 50-year-old mango tree and a 30-year-old Neem tree collapsed in August last year in front of the DU central library. Besides, a 40-year-old banyan tree also fell down in front of the Arts Faculty building during the last monsoon.

The main reason behind the collapse of these big trees is weak development of taproot (main root) due to lack of air, basically oxygen in soil, said Dr Md Abdul Karim, a professor at Botany department.

Blaming the unplanned construction of heavy structures, Dr Karim said, “Heavy construction works around trees are also responsible for their collapse.  For the heavy constructions, the trees are losing their balance because their main roots can’t grow properly and that’s why they are falling during disasters.”

Prof Mihir Lal Shah said, “We plant new trees every year and trim big ones in the winter to protect the beauty of the university.”

Contacting DU Vice-Chancellor Prof Dr Md Akhtaruzzaman told UNB that they have a plan to provide enough trash bins at the main points of the campus and plant trees to keep the university green and clean.