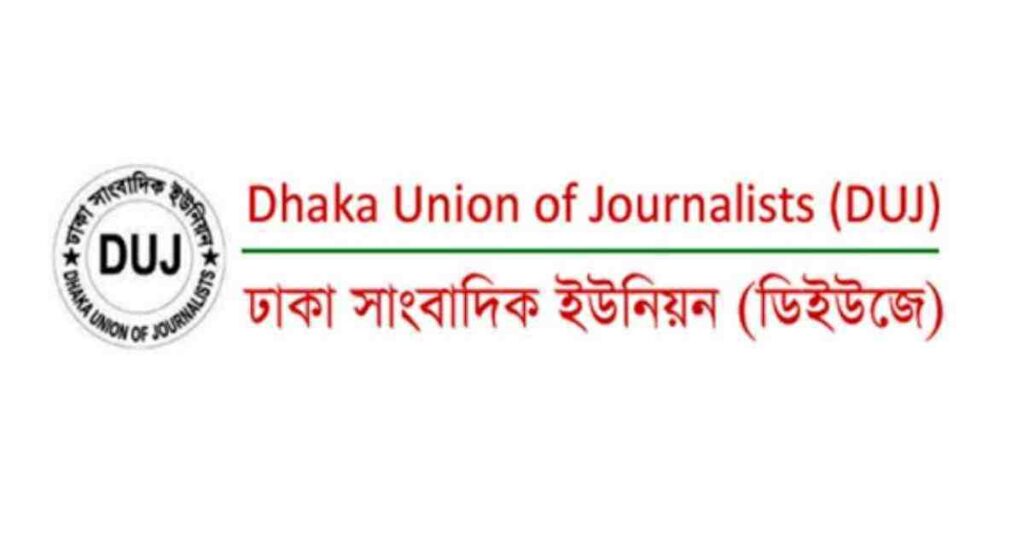 Dhaka Union of Journalists (DUJ) has expressed grave concern over the summoning of at least 10 journalists by the Dhaka Metropolitan Police (DMP) after reports on a senior police officer’s immoral activities were published.

“The summoning of journalists in the pretext of investigation is inconsistent with the independent news flow,” said Quddus Afrad, president of the organisation, and Sajjad Alam Khan Topu, its general secretary.

In a statement on Wednesday, the DUJ leaders said that few days ago a letter from the DMP had asked 10 journalists to appear at the scheduled time “for a proper investigation”.

DUJ leaders feel that interrogating journalists during police investigations into crimes committed by policemen is against customary law and practice. This kind of letter is creating mental pressure on journalists.They demanded stopping such harassment.

The statement said that under the country’s customary law, there is no rule that allows asking journalists the source of their information. Because, protecting the confidentiality of the source is recognised as part of the basic duty of a journalist.

Moreover, the job of journalists is to break the barrier of privacy and inform the public of truthful and objective information, the statement said.