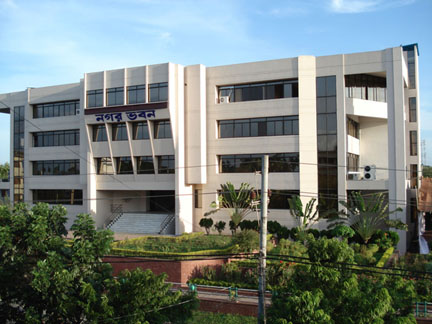 More than 6,000 voters will exercise their right of franchise through Electronic Voting Machine (EVM) in three centers in the forthcoming election of Rajshahi City Corporation (RCC) scheduled to be held on June 15.

According to the officials of Regional Election Office, the centers where the polling will be held in EVM method are Government Laboratory High School, Luxmipur Girls School and Teachers Training College under Ward No. 8 for the first time in the city.  “We are taking full-length preparation to make the EVM method polling activities a total success,” Subhash Chandra Sarker, Regional Election Officer, has said adding the voters will cast their votes in 20 rooms.  Meanwhile, 16,737 new voters has been added in the updated final voters list totaling the number of voters 2,86,888 including 1,43,502 females.

In the last 2008 RCC election, there were 2,70,151 voters and they cast votes in 129 centers in the city’s 30 wards.  Subhash Sarker says as the number of voters was enhanced in the updated list eight more poling centers will be set up this year to make the polling process a complete success.  To make RCC poll hurdle free, measures are being taken to ensure rooms with sufficient light, space and the educational institution with proper boundary.

Moreover, the number of teachers of those institutions, rooms, doors, windows, toilets, communication, electricity and security measures have also considered before setting up a polling centre.

The works of preparing a database for the polling centres have been progressing fast, he added.