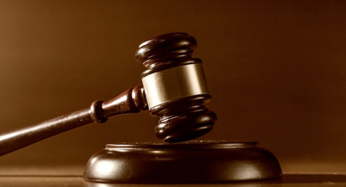 Dhaka, Jul 19 – The High Court on Thursday cancelled the bail of an accused in a paternity case and asked him to surrender within 3 days for failing to submit his DNA report to the court as per its direction. Alamgir Kabir, a resident of Jatrabari, was directed to surrender before Women and Children Repression Prevention Tribunal within next 3 days.
A bench of Justice Sheikh Abdul Awal and Justice Bhismadeb Chakrabarti passed the order. According to the case statement, Alamgir’s wife gave birth to a boy while Alamgir denied recognizing the boy as his son.
On November 29, 2017, Alamgir’s wife Akhi Aktar filed a case in this regard with Women and Children Repression Prevention Tribunal while the court sought report of DNA test.
On April 30, Tribunal issued an arrest warrant against Alamgir as he did not submit the DNA report.
On May 15, Alamgir was sent to jail after his surrender.
On May 30, Alamgir secured a month’s bail by appealing with the High Court which also sought DNA test verification within one month.
Later on June 27, he also extended his bail for 15 more days by the High Court for submission of his DNA report.
Finally, the High Court cancelled Alamgir’s bail as he did not submit the DNA report in time. – UNB