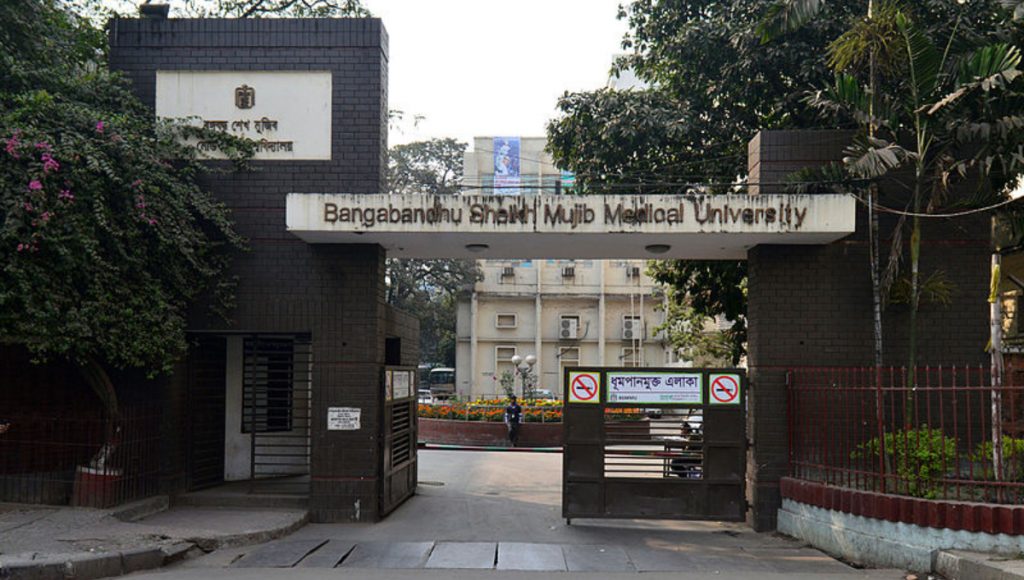 The surgery was successfully conducted on Monday on a 20-year-old youth who had been diagnosed with Liver Cirrhosis in 2017, Professor Dr Zulfiqar Rahman Khan, head of BSMMU’s Hepatobiliary, Pancreatic and Liver Transplant Surgery department, told a press briefing on Tuesday.

He said it was a free surgery as the mother of the youth donated part of her liver to her son.

Dr Khan said a team of 50 doctors took part in the 18-hour long operation that began at 6am on Monday. “It’s a historic achievement for us. With the successful operation, we’ve started liver transplantation service at the BSMMU.”

Health and Family Welfare Minister Zahid Maleque who was also present at the briefing said the successful liver transplantation at the BSMMU is a milestone in the public healthcare sector of Bangladesh.

“I visited the patient and his mother. They both are doing well. I urge you all to pray for their speedy recovery,” the minister added.

He also hoped that patients will not show much interest in going abroad for liver transplantation as the BSMMU has initiated such a great healthcare service.