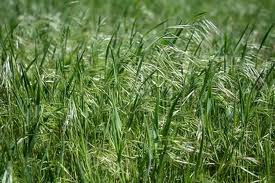 Farming of the hybrid variety and quick growing grass under the Chars
Livelihood Programme (CLP) has brought a revolution in the char
economy during the past five years with brighter prospect.

Communication Unit Manager of CLP Kabir Hossain said the nutritious
grass has been helping to expand animal husbandry faster in the hardly
reachable char areas boosting the sector to bring fortune to the poor.

According to official sources, the owners of bigger diary farms of
Bogra and other areas in the northern region have been purchasing the
nutritious grass at better rates to feed their cows further enhancing
its cultivation.

Many NGOs under the CLP have been assisting the people living in the
remote char areas in farming the grass since 2008.

Agriculture and Environment Coordinator of RDRS Bangladesh Mamunur
Rashid told BSS that farming of the grass has been expanding faster in
char areas on the Brahmaputra and Jamuna basins in the northwestern
region in recent years.

The growers get eight harvests after every month from the same land
from January to August, and earn a net average profit of Taka 75,000
per acre annually excluding the production costs of Taka 20,000 and
after feeding their own cows, he added.

According to NGO sources, many char people have cultivated the grass
in 500 acres land in eight upazilas of Kurigram alone to produce about
75,000 tonnes grass to sell the produce at better prices as it has
huge demands in the local and other areas.

Talking to BSS, char people Abdul Kudus, Faridul Islam, Abdul Baten,
Mintu Mian and Saidur Rahman of different char villages in Kurigram
said that they have been cultivating the grass on their char lands
since 2008.

Wahed Ali of Kachir Char in Kurigram Sadar upazila said he has
cultivated the grass in one-acre land this time and earned Taka 36,000
so far by selling three harvests till March last.

“I expect to sell more five harvests till August next to earn a net
profit of Taka 80,000 excluding his total cultivation costs of Taka
20,000 from my one acre land this season,” he added.

Farmer Shahjahan Ali of village char Bozra Diarkhata under Chilmari
upazila said he sowed seeds of sweet jumbo grass in his 17 decimals
land this time some two months ago like in the last season.