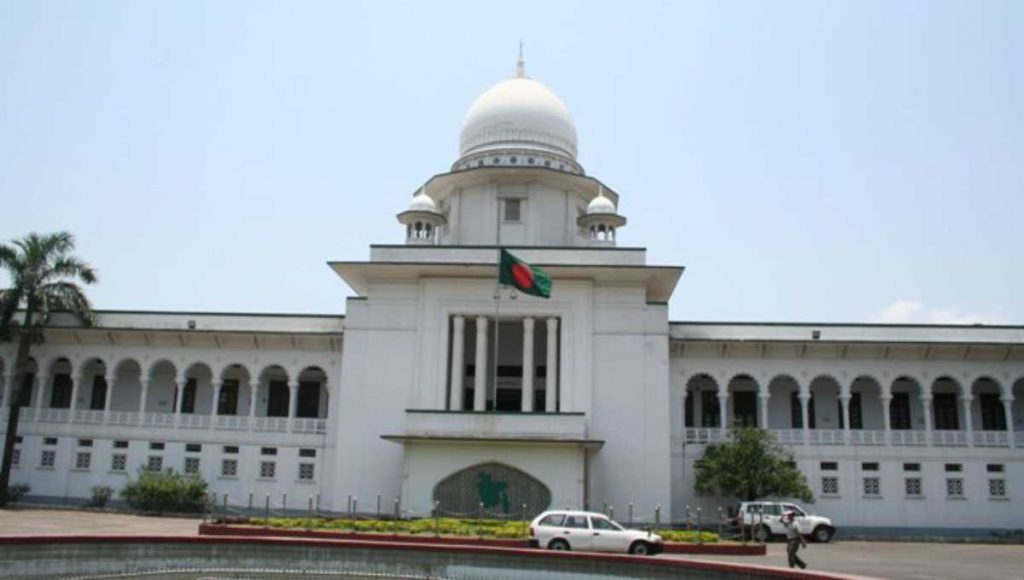 Dhaka, Feb 19 (UNB) – The High Court on Tuesday ordered confiscation of all the copies of the book, ‘Bangladesh Banker Itihash’, from the market and the ongoing Ekushey Book Fair for the distortion of history.

The HC bench of Justice Md Ashfaqul Islam and Justice Mohammad Ali also summoned the editor of the editorial panel, Shubhankar Saha, to appear before the court on March 12 to explain in person why the picture of Bangabandhu Sheikh Mujibur Rahman, founder of the Bangladesh Bank, is absent in the book, and distortion of the history.

The court orders came after the probe panel constituted following the HC directives submitted its report mentioning that it found the evidence of the distortion of history in the book published by the Bangladesh Bank.

Altaf Hossain said the court asked the Bangladesh Bank governor to take steps to recall all the copies of the book from the market.

Earlier in the day, Al Amin Sarkar placed the probe report before the court.

In the report, it was mentioned that the statement of the committee concerned that they could not place any photo of Father of the Nation Bangabandhu Sheikh Mujibur Rahman in the book as they did not find any relevant one is not acceptable.

The probe committee also found distortion of history in the book.

The report said the Father of the Nation Bangabandhu had named the central bank as ‘Bangladesh Bank’ which was established in 1972. But his photo was absent in the book ‘Bangladesh Banker Itihash’.

Citing the editorial panel, the report said the publication of the photos of then Pakistan President Ayub Khan and East Pakistan Governor Monem Khan in the book was a wrong decision.

After the submission of the report, Shubhankar’s lawyer confessed that a mistake had been committed and apologised verbally.

‘Bangladesh Banker Itihash’ was published in December 2017. The absence of the image of Bangabandhu in the book drew huge flak.

On October 2, 2018, chairman of the Bangladesh Human Rights Commission Mohamamd Iktedar Ahmed filed a writ petition with the High Court over the issue.

The HC on that day issued a rule asking the government to explain as to why the distortion of history in the book and the absence of the image of the Bangabandhu should not be declared illegal.