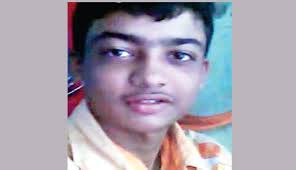 The High Court on Tuesday started the hearing of death reference and appeals of the condemned convicts of the sensational killing of 12-year-old Rakib Hawlader in Khulna in 2015.An HC bench of Justice Md. Jahangir Hossain and Justice Jahangir Hossain started the hearing.
Deputy Attorney General Jahirul Haque Jahir presented the paper-book of the case.
On November 8, 2015, Khulna Metropolitan Magistrate’s Court handed down death penalty to two people for killing Rakib by pumping air into his rectum.
On August 3, 2015, Rakib’s former employer Md Sharif and his uncle Mintu Mia stripped the boy naked, inserted a high-pressure air pump nozzle into his rectum and filled the body with air. Rakib’s intestines tore apart and lungs burst as air filled the abdomen, which left him dead.
The killing incident sparked outrage all over the country.
The death references of Rakib killing case reached the HC on November 10, 2015.