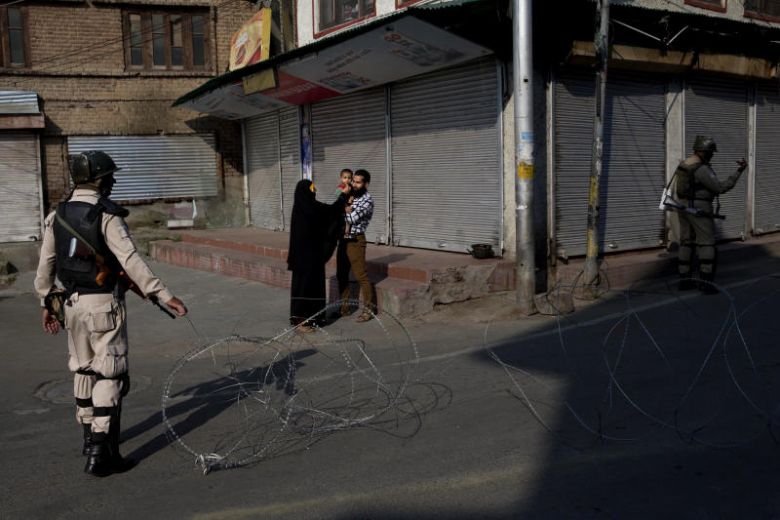 New Delhi (AP/UNB)  — India’s top court on Wednesday took up legal challenges to the government’s decision to revoke Indian-controlled Kashmir’s special status and asked the government to explain its stance to the court.

The Supreme Court ordered the federal government to file its replies to 14 petitions and inform the court about the media restrictions imposed in Kashmir. It said five judges will start a regular hearing on the matter in October.

India’s government, led by the Hindu nationalist Bharatiya Janata Party, imposed a security lockdown and communications blackout in Muslim-majority Kashmir to avoid a violent reaction to the Aug. 5 decision to downgrade the region’s autonomy. The restrictions have been eased slowly, with some businesses reopening, some landline phone service restored and some grade schools holding classes again, though student and teacher attendance has been sparse.

The revoked status has touched off anger in the region where local police and administrators now work under federal control and where locals fear their culture and demographic identity is under threat.

The Himalayan region is also claimed by India’s archrival Pakistan and divided between them. Pakistan shut train service with India, stopped bilateral trade and expelled the Indian ambassador in response to New Delhi’s decision.

At the court’s preliminary hearing Wednesday, Chief Justice Ranjan Gogi and two other judges rejected the government’s opposition to a notice — a written response from the government setting out its stand on the issue — as it may be cited by Pakistan at the United Nations.

Attorney-General K.K. Venugopal said he and another law officer were present in court and there was no need for the notice.

“We know what to do, we have passed the order, we are not going to change,” the Press Trust of India news agency quoted the judges as saying.

Pakistani Prime Minister Imran Khan plans to address the U.N. General Assembly on Sept. 27 to highlight what he calls “Indian atrocities” in its portion of Kashmir.

He also demanded that India should allow U.N. observers and human rights organizations to examine the situation in Indian-controlled Kashmir.

Talking to reporters, he said India’s Supreme Court was “under immense pressure from (Indian Prime Minister Narendra) Modi’s government” and “let us see whether the judiciary does justice on 14 petitions.”

The court also sought a government reply within seven days to a petition filed by Kashmir Times Executive Editor Anuradha Bhasin seeking restoration of all modes of communication, including mobile internet and landline services, to help the media work in Kashmir.UNB