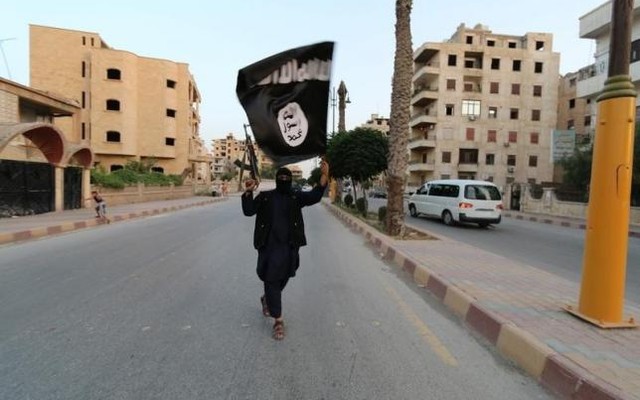 The Islamic State claims it now has a ‘regional leader’ in Bengal, meaning Bangladesh.But it does not name the leader nor does it provide any clue to who it could be.

A post in its online magazine ‘Dabiq’ says that the soldiers of the Khilafah (Caliphate) have pledged allegiance to the Khalifah Ibrahim – Al Baghdadi who now controls parts of Iraq and Syria (the so-called Islamic State).

It says the soldiers of Khilafah has united behind a “regional leader” in Bengal and will soon escalate attacks.

The post in ‘Dabiq’ does not say who this ‘regional leader’ is, but hints at the merger of jihadist factions in Bangladesh.

“The soldiers of the Khilāfah in Bengal pledged their allegiance to the Khalīfah Ibrāhīm (hafidhahullāh), unified their ranks, nominated a regional leader, gathered behind him, dissolved their former factions, performed the necessary military preparations, and hastened to answer the order from the Islamic State leadership, by targeting the crusaders and their allies wherever they may be found,” reads the article.

‘Dabiq’ refers to Bangladesh as Bengal in all its articles and posts.

Indian and western intelligence officials say the ‘core’ of this unified jihadi platform that has linked up with the Islamic State includes elements of the Jamaat-ul-Mujahideen Bangladesh (JMB).

The JMB, which seemingly meets the Islamic State’s Salafist standards, has presence in Bangladesh and among Muslims in Indian states around it.

An explosion in a bomb-making factory in West Bengal’s Burdwan town in October last year blew the lid on the considerable JMB presence in India.

The post in ‘Dabiq’ is critical of the Awami League government for insisting there is no Islamic State presence in Bangladesh.

“There is no use denying IS presence in Bangladesh,” it says.

“The powerful message of a unified Ummah working under the leadership of the Khalifah, conveyed by these attacks in a distant region, has once again proven to the arrogant crusader nations that from Tunisia to Bengal, their citizens will never enjoy any peace or security,” the post in the IS magazine claims.

Indian intelligence analysts say the Islamic State possibly would not like to limit its activities to the territorial limits of Bangladesh.

“We suspect Bengal is used consciously to mean Bangladesh and Indian states around it like West Bengal and Assam which has large Bengali speaking Muslim populations,” said former Intelligence Bureau official Subir Dutta, a specialist in counter-terrorism.