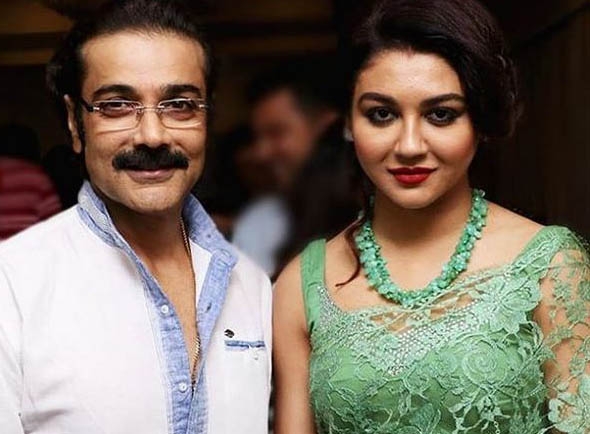 Entertainment Desk
Acclaimed director Atanu Ghosh, has signed Bangladesh’s Jaya Ahsan in his next venture, who’s ‘Mayurakshi’ was adjudged as the best Bengali Feature Film in 65 Indian National Film Awards. Jaya will be seen pairing up with Prosenjit Chatterjee for the first time in the film.
The film ‘Binisutoy’ will be about an unconventional love story between two strangers, Kajal Sarkar and Shrabani Barua, meet while auditioning for a reality show. The duo meets in the story and come closer. But do they really know each other?
Jaya will play Shrabani while Prosenjit will be seen as Kajal in the film. “There are different dimensions in our thought processes. Most of the layers are not connected to the key brain functioning. The thoughts reign in our sub-conscious mind. Sometimes we come across these feelings,” Atanu told an Indian media about ‘Binisutoy’ recently.
“We often do or say something to our beloved ones that we regret later. Such thing affects our relationships. There are people like this whose daily life contradicts with their personality or who they appear to be. ‘Binisutoy’ is a story o such two people crossing their ways,” he added. Atanu Ghosh will begin shooting the film from September. Others working in the film are Kaushik Sen, Chandreyi Ghosh, Reshmi Sen, Kheya Chatterjee and so on.