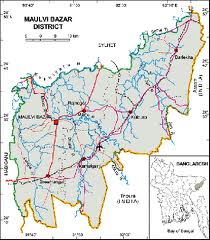 Three activists of Jatiyatabadi Chhatra Dal (JCD) were injured in an attack allegedly by activists of Bangladesh Chhatra League (BCL) at Kamolganj Degree College in Kamolganaj upazila on Saturday. Witnesses said JCD leader Jobair Ahmed Iran was staying in a room on the 2nd floor of the college at about 11am when a group of BCL activists went there and hit him with sharp weapons, leaving him injured. Two other JCD leaders, Russel Noor and Rubel Hasan, also came under attack as they went to save Iran.Police later quelled the situation. One of the injured, Iran, was admitted to Mpulvibazar Sadar Hospital. Kamolganj upazila BCL president Sanwar Hossain denied the allegation, saying that the JCD workers swooped on the BCL workers who later resisted them.