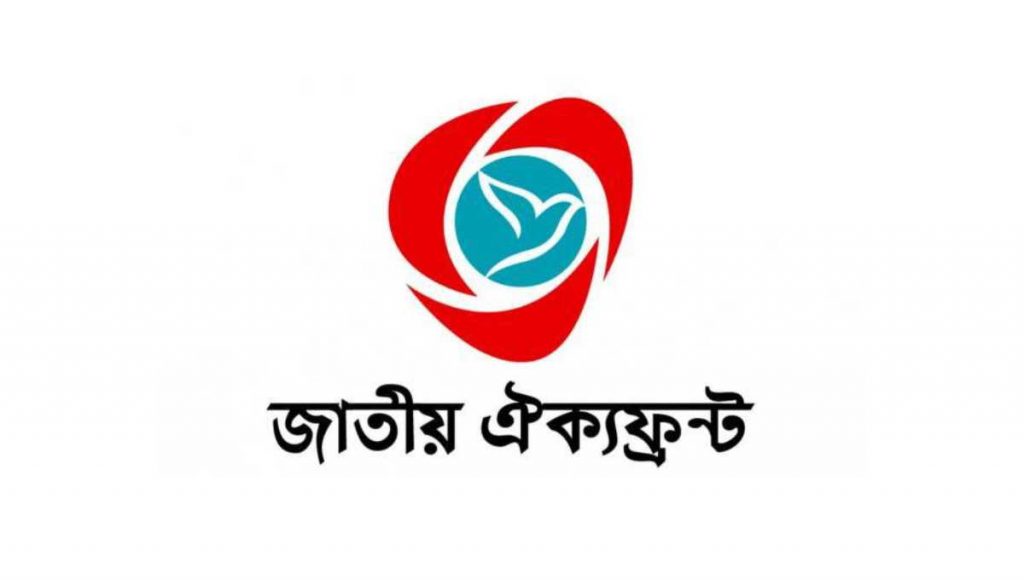 Jatiya Oikya Front (JOF) has accused the Awami League of playing fowl game to foil their public hearing program of the scheduled for February 24 to air what its leaders call gross irregularities and corrupt practices adopted in the December 30 election.
Jatiya Oikya Front leader and General Secretary of the Gano Forum Mustafa Mohsin Montu said they booked the Auditoriums of the Institute of Engineers Bangladesh (IEB), Jatiya Press Club and the Natya Manch for 24 February to hold their public hearing for creating mass awareness and build a movement for a fair election.
The leaders of the JOF booked these auditoriums about 10 days ago as those auditoriums had not been booked by other parties or organizations. But when they went to the Institute of Engineers on Thursday to reconfirm the booking, the told them that the auditorium had been booked by Minister for Roads, Highways and Bridges Obaidul Quader for five from February 24.
The IEB informed Mustafa Mohsin Montu that they had cancelled JOF’s booking of the auditorium. They said that the minister booked the auditorium for five days but they could not detail on the functions to be organised by the Awami League General Secretary Obaidul Quader for the five days.
The Jatiya Press Club officials concerned informed the Gano Frum leader on Thursday afternoon that on that particular day, the Club would hold its own function and has cancelled the auditorium booking of the JOF. The official did not detail on the Jatiya Press Club function, Mustafa Mohsin Montu said.
Later some office bearers of the Jatiya Oikya Front moved to the Jatiya Manch for knowing about the status of of their auditorium. The officials at the Jatiya Manch said that they would inform about the status of the booking of the auditorium on Sunday morning as the mn concerned had left the office late in the afternoon.
The leaders of BNP and the JOF will urgently discuss the matter at a Steering Committee meeting scheduled to be held on 17 February.
JOF and BNP leaders expressed their determination that they will hold the public hearing on 24 February at any cost.