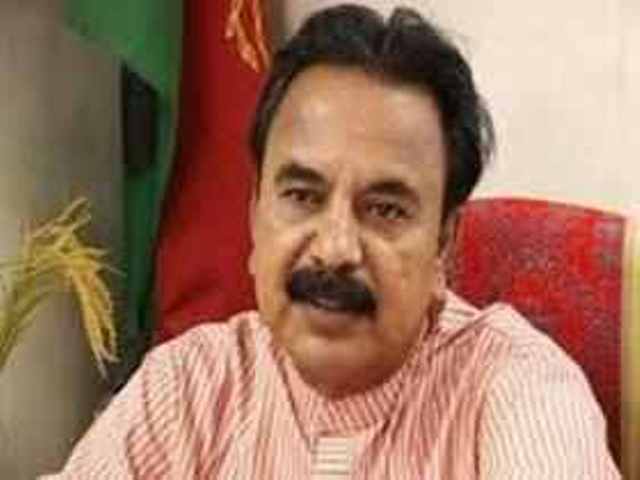 BNP Standing Committee Member Gayeshwar Chandra Roy has urged the government again to sit for a dialogue to decide the framework on the election-time government.“If you have reservations about neutral caretaker government, then it may be an interim government; we’ve no reservations about it,” he said at a discussion in the city on Saturday.
“We want the interim government to be neutral and it should not be comprised of people from political parties. Let’s enter talks on what the framework of the interim government would be,” he added.
This comes on a day when Prime Minister Sheikh Hasina has asked the Opposition to start a dialogue on the issue. But she clearly ruled out a return to the caretaker administration, offering instead a multi-party committee of elected lawmakers to oversee the parliament polls.
During an interaction with the Awami League’s grassroots leaders at her official Ganabhaban residence in the morning Hasina said that the Election Commission was working independently.
She said that over 5600 elections, including parliamentary by-polls, Upazila, municipality and Union Parishad, were held in a free, fair, neutral and acceptable manner in the last four and a half years of the present government and that many BNP-backed candidates won the polls in different places.
On Thursday, the BNP Standing Committee, the party’s highest policymaking body, in a statement also called upon the government to enter a political dialogue.
The BNP has been demanding restoration of the election-time administration system that the government annulled in June 2011 after the High Court declared the system illegal.
The government in early May had invited the opposition to sit for dialogue to resolve the ongoing political impasse. But the BNP leaders are saying that no dialogue will be successful unless it is specifically held on the issue of the polls-time government.
Hasina has oft repeated that her government would not hand over power to unelected people.
On their key demand of caretaker, Gayeshwar said on Saturday: “The people of the country know that no polls under Sheikh Hasina would be fair.”
“The government claims to have done massive development work across the country. Then why they cannot keep faith in the people. Why they fear the polls under the non-party government system!”
Regarding the claims of the Awami League leaders that the BNP was foiling the potential for a dialogue by calling frequent strikes, Gayeshwar denied the charge. “We want talks. Now we have to see whether the government really wants the talks.”
Addressing another discussion at the National Press Club, BNP Standing Committee Member Rafiqul Islam Mia warned the government against trying to ‘stage-manage’ the parliament polls.
Source: BDNews 24