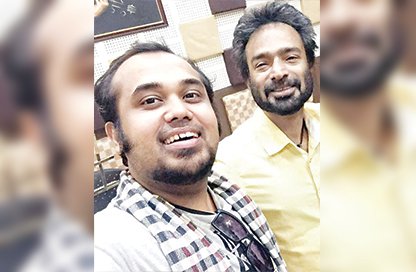 Nachiketa said about the project: “I liked Joy’s work in comparison to the newcomers in the music industry among the two Bengals.

“He is a poet. I don’t like lyrics which are not poetic, and Joy’s lyrics are poetic,” he added.

Joy said that Nachiketa is one of the singers whose songs had driven him towards music. He also said that writing and composing a song for him is like a dream come true.

The song will be digitally released on the first day of next year under Amoz Record’s label.

On another note, Nachiketa’s song, “Hoyto Abar,” written and composed by Joy Shahriar, was praised by the audience, which was released during Pohela Boishakh (Bangla New Year) this year.

In continuation to their prior success, the two musicians from two Bengals and two generations are collaborating on the new project.