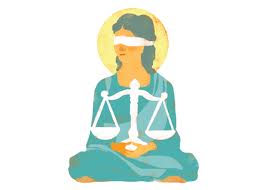 A court here on Sunday sentenced a man to death and two others to
three years’ rigorous imprisonment (RI) each for killing a police
constable.
The death convict is Najmul, 39, now on the run.
The court also fined his two co-accused—Mamun, 40, and Farid, 39, —
of Chhoyghati area under Bagha upazila, Tk 5000 each, in default, to
suffer one year RI more.
According to the prosecution, on June 22, 2011, a team from Bagha
police station conducted a drive at Chhoyghati to arrest Najmul, an
accused in a robbery case.
Najmul and his associates—Mamun and Farid—stabbed police constable
Selim indiscriminately and fled the scene, leaving him injured,
Later, constable Selim succumbed to his injuries at Bagha Upazila
Health Complex.
Sub-inspector Faridul Islam of Bagha Police Station filed a murder
case against the trio.
After examining records and depositions of 19 witnesses, AKM Shahidul
Islam, judge of the Rajshahi Additional District and Sessions Judge’s
Court, handed down the verdict. -UNB, Rajshahi