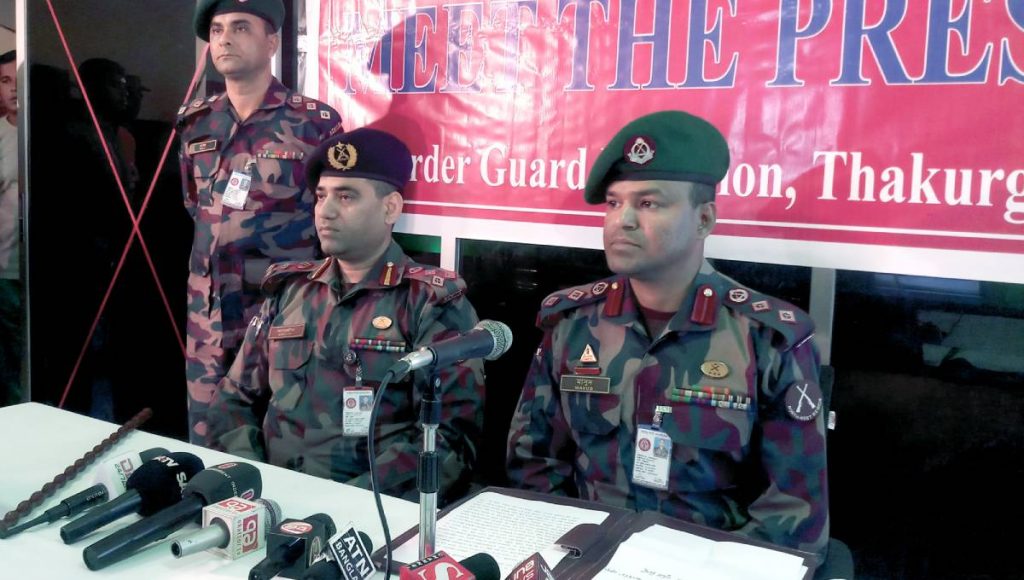 Besides, the bodies were handed over to families after autopsy and the deputy commissioner handed over Tk 20,000 to each victim families.

Earlier on Tuesday morning, three people were killed and at least 16 others injured after BGB members opened fire during, what the paramilitary force claimed, a clash with cattle smugglers at Bahrampur village in Haripur upazila.

At a press briefing at ‘Leisure Canteen’ in the upazila headquarters around 9:30 pm on Tuesday, Lt Col Tuhin Mohammad Masud, commanding officer of BGB Thakurgaon-50 Battalion, said the cattle smugglers attacked BGB troopers at Bahrampur while they were returning after seizing several smuggled cows.

The attack forced them to open fire in self-defence that left three people killed and five BGB men injured, he added.

Those who were involved in instigating people to do the act will be brought to book after investigation, said Tuhin.

Meanwhile, a tense situation was prevailing in and around the area following the incident.

Additional policemen have been deployed in the area to avert further trouble, said Mohammad Amiruzzaman, officer-in-charge of Haripur Police Station.