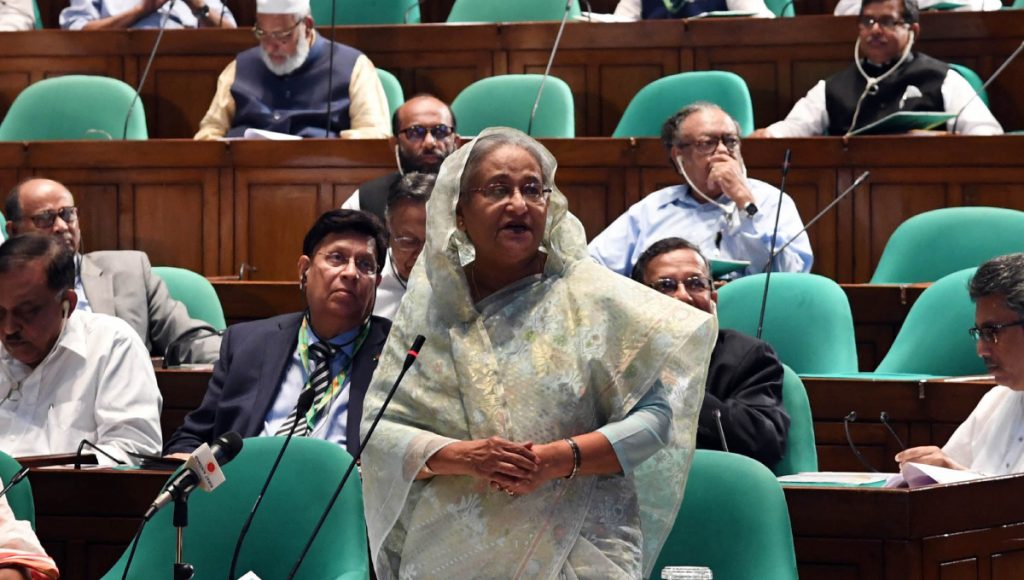 Dhaka, Jun 12 (UNB) – Prime Minister Sheikh Hasina on Wednesday said the public perception that many Anti-Corruption Commission staff are involved in corruption is not fully false.

“All (ACC staff) are not innocent. No one can guarantee that all are 100 percent honest,” the Prime Minister told parliament in reply to a supplementary question of ruling Awami League MP Maj (retd) Rafiqul Islam (Chandpur-5).

“The ACC will have to be careful from now on about those (ACC staff) who will work [investigate] so that they can’t get involved in such activities that create such public perception,” Sheikh Hasina said.

In his question, Rafiqul Islam demanded Speaker Dr Shirin Sharmin Chaudhury expunge the words—many staff of ACC are involved in corruption—from the question of Jatiya Party MP Rowshan Ara Mannan (Reserved Seat-47) that was raised before the Prime Minister.

However, the Prime Minister opposed his demand saying there is nothing wrong with Rowshan Ara Mannan’s question.

Hasina said, “The MP (Rowshan Ara Mannan in her question) mentioned there’s a public perception, but didn’t say they’re certainly involved in corruption. So, there is no need to expunge those words because it is not totally false.”

In reply to Rowshan Ara’s question, the PM said her government has a special plan to gradually reduce to a zero level through strengthening the ACC, raising public awareness and using modern information technology.

“The government is determined to uplift socio-economic condition and establish a good governance-based administrative structure for building a welfare country,” she added.

Hasina said there is no need to form a separate agency comprising of manpower from different elite force as the ACC now gets cooperation from any government agency whenever the anti-graft body seeks.

Mentioning that the ACC is an independent and autonomous body, she said the commission explores and investigates any corruption allegation neutrally.

Therefore, the trend of corruption among staff and officials of different ministries and departments is decreasing gradually, said the Prime Minister.