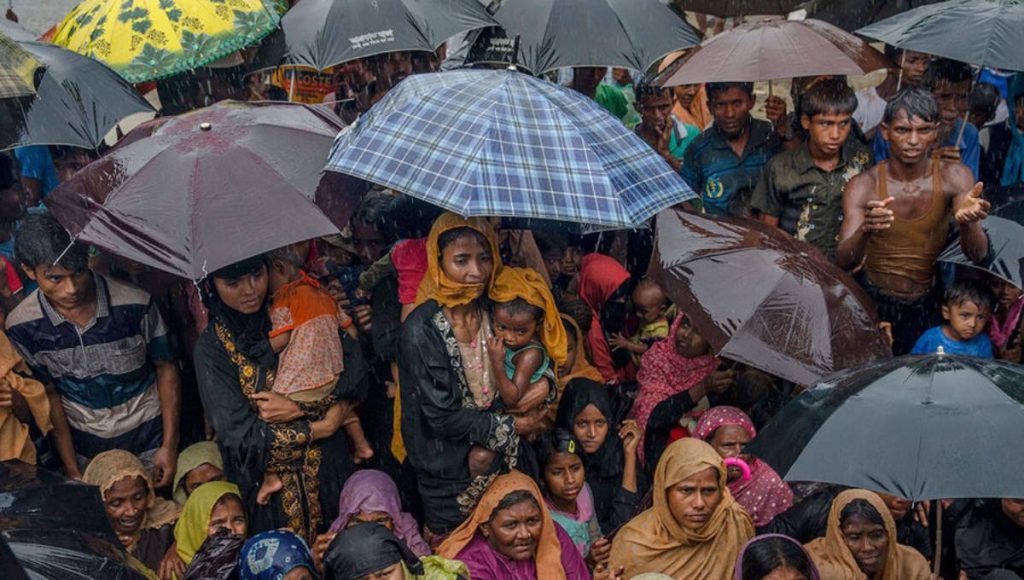 Dhaka, July 9 (UNB) – Thousands of people in Cox’s Bazar Rohingya camps and host communities are facing the risk of flooding and landslides after several days of heavy rain, Unicef said on Tuesday.

Some of the over 4,000 families affected in the camps, have been relocated to safe places.

Unicef has appealed for $152.5 million to support the organisation’s work for Rohingya children and those affected in host communities in 2019. The current funding gap is $68.7 million.

It noted that more than 500,000 Rohingya children are in need of humanitarian assistance.

“Conditions in the camps and host community are deteriorating rapidly because of the weather,” acting Unicef Bangladesh Representative Alain Balandi Domsam was quoted as saying in a media release.

He said the humanitarian needs are likely to grow over the coming days.

Together with their partners, Domsam said, they have ramped up distribution of essential supplies among children and families.

According to reports, one seven-year-old boy drowned following heavy rain, and two children have been injured. Vital infrastructure on which children depend has also been damaged or destroyed.

So far, five Unicef-supported children’s learning centres have been heavily damaged and over 750 have been partially damaged, interrupting learning opportunity of over 60,000 children, Unicef said.

At least 12 child protection centres have been damaged and one playground was completely submerged after heavy rainfall.

At least 47 water distribution points and network, and over 600 latrines have been affected or damaged, increasing the risk of acute watery diarrhoea, to which children are especially vulnerable.

Unicef and its partners have begun repairing affected services and learning centres to ensure minimum disruption to education for affected children. Mobile medical and nutrition teams are also ready for deployment to monitor the health situation of children and mothers in the camps.