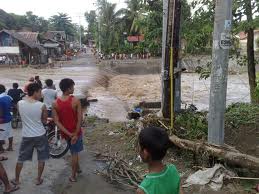 The Barisal- Banaripara road was blocked for two hours after a women killed, her child and four others injured in a bus- 3-wheeler
collision at Narayanpur under Uzirpur police station on Thursday morning. Anwar Hossain, Uzirpur police station in charge, said a Banaripara bound 3-wheeler Alpha-Mahendra going to wrong-side for giving side to another vehicle collided with Barisal bound bus of Seba Paribahon coming from opposite-direction on Banaripara-Barisal route at about 10:30 am Thursday.
Mother Mukta Begum, 26, a female passenger killed at the spot and her son Abdullah, 4, and 4 others of the 3-wheeler critically injured, after local people rushed to the spot rescued them.
Among the injured , Abdullah, son of dead Mukta Begum, admitted at Barisal Sher E Bangla Medical College Hospital in critical condition and other injured taken treatment at nearby clinic and hospital.
Agitated local people blocked the route demanding road safety for more than two-hour following the accident and traffic resumed after local elites controlled the situation.
Dead body of Mukta Begum sent to SBMCH morgue for autopsy after lodging a case of unnatural death and the bus managed to flee from the scene and the crushed 3-wheeler remained on roadside, the police official said.
(Our Correspondent)