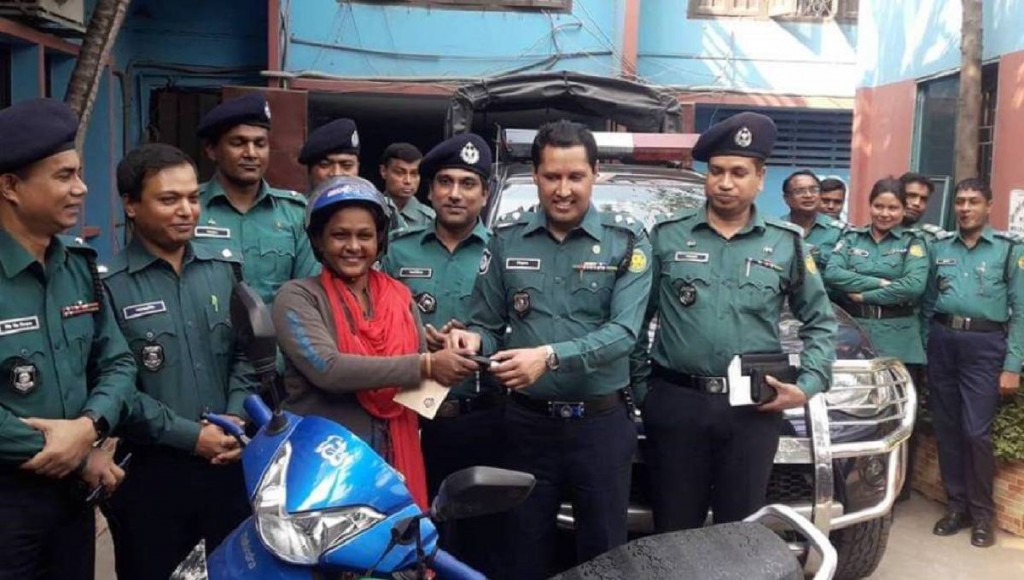 Police recovered the motorcycle of Shahnaj Akhter Putul from Narayanganj on Wednesday, a day after it was stolen from the capital’s Manik Mia Avenue.
Shahanaj said she bore her family’s expenses by offering ridesharing services. Her story went viral on the social media soon after her motorcycle was stolen by one Jubaidul Islam Jony on Tuesday. A case was filed with Sher-e-Banglanagar Police Station the same day night.
Deputy Commissioner (Tejgaon Division) of Dhaka Metropolitan Police Biplob Kumar Sarker said they arrested Jony from Fatullah on Wednesday and recovered the motorcycle.
Shahnaj met Jony during one of the rides and the man had offered her a ‘permanent’ job. On Tuesday, he went to various areas on Shahnaj’s motorcycle. They were in Manik Mia Avenue in the afternoon where Jony took the key from her for a ‘test ride’ and fled with the motorcycle.