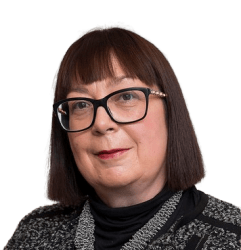 About Esther Lynch
Esther Lynch was elected as ETUC Confederal Secretary at the Paris Congress in 2015. She has extensive experience of the trade union movement both in Ireland and at European and international level. Before joining the ETUC, she was the legislation and social affairs officer of the Irish Congress of Trade Unions (ICTU).