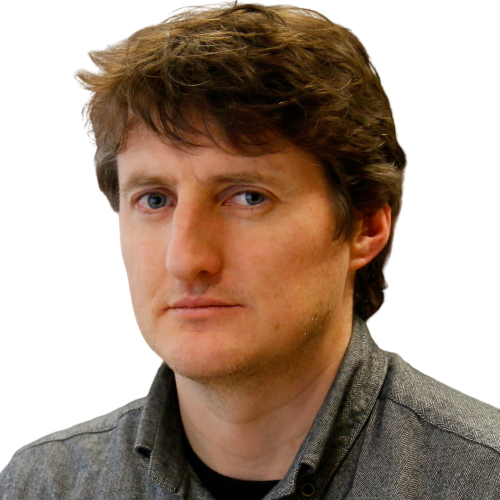 by Colin Roche on 14th November 2019 @ColinRoche
The fossil-fuel industry has been revealed to have invested vast resources in lobbying EU institutions.
Greta Thunberg and her fellow school-strikers’ message is resonating across the world—a world that is ready to hear it. Young people and their allies are forcing those in power to face some uncomfortable truths about political inaction in the face of a climate emergency. But a powerful opposition stands in their way, and it is the job of adults to confront it.
Part of the reason climate action has been so weak is that the fossil-fuel lobby has been successful in twisting and delaying it. We must prevent this lobby putting its private interest in continuing to burn coal, gas and oil ahead of the public interest in a liveable planet. A new campaign plans to take on Europe’s fossil-fuel lobby. Alexandria Ocasio-Cortez is the latest person to expose how the fossil-fuel industry has spent millions to deny and obfuscate the reality of global heating—despite knowing the truth that its businesses heat the planet and destroy communities. Simultaneously, it has relentlessly attacked efforts to regulate carbon emissions or put the world on a pathway of clean, renewable energy.
The most well-known case is the United States, where oil barons such as the Koch brothers have funded candidates, parties and right-wing think tanks to influence politics. They have had good bang for their buck, with the Republican party (as well as some Democrats) almost entirely captured by the oil industry, Trump proudly proclaiming a US pull-out of the Paris agreement, and environmental and climate-change regulations gutted.
Spending big
But the influence of big oil, gas and coal on politics is not confined to the US. With massive profits and a whole business model at stake, fossil-fuel companies are spending big to overwhelm the public interest. Since the 2015 agreement, the world’s five biggest publicly-traded oil and gas companies (three of them headquartered in Europe) have spent more than $1billion on misleading branding and lobbying.
In Brussels, the heart of European climate and energy decision-making, the oil majors and their army of lobby groups maintain a constant bombardment of decision-makers: meetings, advertisements, retreats and sponsored events, to ensure their voice is heard first and most. Our research has found that the big five and their fossil fuel-lobby groups employ 200 Brussels lobbyists, have spent €251 million on lobbying the EU since 2010 and met high-level officials in the Juncker commission 327 times (according to their self-declared figures and those of the commission).
Much of this fossil-fuel influence is corporate capture in plain sight. In Brussels, one can’t walk into a metro, read EU media online or surf ‘social media’ without being bombarded by the messages of fossil-fuel companies. EU politicians appear at a continual stream of industry-sponsored events, where lobbyists shape the narrative on energy and climate and chat cosily with key decision-makers. In the UK, the government has even held a cabinet meeting in the offices of Shell. But there are also shadier tactics—climate-denying think tanks, for example, which refuse to declare the origin of their funding while authoring papers suggesting climate change is exaggerated.
There is a constant moulding of European climate, energy and even foreign policy, by those who have most to gain from slowing the transition. The result is the commission’s obsession with supporting new pipelines and infrastructure: 55 gas projects were announced on the outgoing commission’s final day. These it says are in the ‘common interest’, despite the evidence of the incompatibility of gas and our climate goals.
The result is climate goals that are far short of what’s needed to keep global warming below 1.5C and Europe’s fair share of action. The result is energy efficiency targets that are voluntary and ignored, with energy consumption growing rather than falling. The result is renewable-energy targets that barely stretch beyond the status quo trend.
Seriously weakened
The influence is also evident in national capitals. In 2017 the then French environment minister, Nicolas Hulot, announced a bill ‘to put an end to hydrocarbons in France’ by phasing out the renewal of fossil-fuel exploitation permits. After extensive lobbying and threats from the private sector, the law was seriously weakened, such that it ended up allowing exploitation permits to be renewed after the 2040 deadline. When Hulot resigned a year later, he cited ‘the presence of lobby groups in the circles of power’.
Meanwhile, the planet has continued to heat, with already devastating consequences for people on every continent and the most vulnerable communities hit hardest.
It is time for the public interest to reassert itself, to ensure the vast majority of the fossil-fuel industry’s gas, oil and coal reserves stay in the ground. So now Friends of the Earth Europe has come together with a number of other organisations, to seek a politics-free of the dangerous and overweening influence of fossil-fuel lobbyists on our climate policy. This is their ‘tobacco’ moment.
Almost 200 civil society groups have backed a call for ‘fossil-free politics’—seeking an end to the lobby’s endless access to decision-making, to conflicts of interest and revolving doors, to preferential treatment such as subsidies for fossil fuels and to ‘partnerships’ between governments and those polluting the planet. As with the tobacco industry before it, for our own health, we must end the industry’s influence on public policy. There’s no other way to ensure climate policy serves people, not profit
(Colin Roche is a campaigner with Friends of the Earth Europe.)