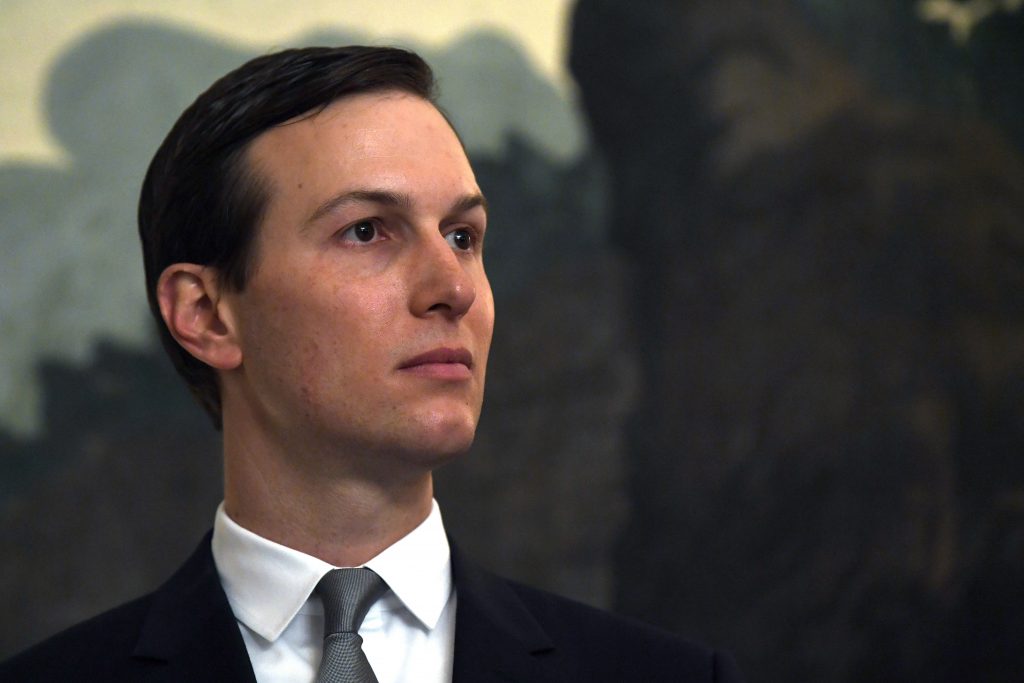 Washington, Jun 23 (AP/UNB)  — The Trump administration on Saturday unveiled a $50 billion Palestinian investment and infrastructure proposal intended to be the economic engine to power its much-anticipated but still unreleased “deal of the century” Middle East peace plan.

The scheme, which calls for a mix of public and private financing and intends to create at least a million new jobs for Palestinians, was posted to the White House website ahead of a two-day conference in Bahrain that is being held amid heavy skepticism about its viability and outright opposition from the Palestinians. Palestinian President Mahmoud Abbas on Saturday reiterated his rejection of the proposal and the conference.

The “Peace to Prosperity” workshop on Tuesday and Wednesday will also take place amid heightened regional tensions over Iran that threaten to overshadow its goals.

With no official participation from the two main protagonists, Israel and the Palestinians, and scant enthusiasm from others, continued uncertainty and strong doubts over the plan’s political vision and the distraction of potential U.S.-Iran conflict, expectations are decidedly low. President Donald Trump’s senior adviser and son-in-law Jared Kushner faces high hurdles in building support for the initiative.

The 10-year plan calls for projects worth $27.5 billion in the West Bank and Gaza, and $9.1 billion, $7.4 billion and $6.3 billion for Palestinians in Egypt, Jordan and Lebanon, respectively. Projects envisioned include those in the health care, education, power, water, high-tech, tourism, and agriculture sectors. It calls for the creation of a “master fund” to administer the finances and implementation of the projects that is says are akin to the Marshall Plan that rebuilt Europe after World War II.

The plan foresees more than doubling the Palestinian gross domestic product, reducing the Palestinian poverty rate by 50 percent and cutting the sky-high Palestinian unemployment rate to nearly single digits, according to the documents, which do not specify exactly how the projects will be funded.

It also calls for linking the West Bank and Gaza with a modern transportation network, including high-speed rail service. Such ideas have been floated in the past in previous peace proposals but have run into Israeli security concerns.

“Generations of Palestinians have lived under adversity and loss, but the next chapter can be defined by freedom and dignity,” the White House said, calling the plan “the most ambitious international effort for the Palestinian people to date.”

But an already tough sell that has vexed U.S. administrations for decades is made tougher not least because Trump and his aides have refused to endorse a two-state solution to the conflict that has long been seen as the only viable path to lasting peace. They have also suggested they are open to unilateral Israeli annexation of occupied territory in the West Bank. And, officials say there is no intention of discussing either issue or the most contentious parts of their proposal to end the long-running conflict.

Thus, the core political issues that are key to resolving the dispute, such as borders, the status of the holy city of Jerusalem, Israel’s security and the fate of Palestinian refugees, will not be raised. Such matters, U.S. officials have said, may have to wait until the fall, after Israeli elections, leaving numerous questions that potential investors almost certainly want answers to before making even tentative financial commitments.

Palestinian leaders, angered by what they and their supporters see as blatant U.S. bias toward Israel, want nothing to do with the workshop and will not participate. The Palestinians have called for mass demonstrations against the conference on Monday, Tuesday and Wednesday.

An economic adviser to Abbas said projects envisaged in the U.S. proposal could be considered, but only after the political question is agreed upon. “Yes, we need to build the infrastructure, the investment, the tourism sector … but that cannot come before ending the Israeli occupation,” Mohammed Mustafa, head of Palestinian Investment Fund, told The Associated Press.

In Gaza, the rival Hamas militant group has also condemned the conference. “In one voice, we say no to the Manama workshop and the deal of the century,” Hamas leader Ismail Haniyeh said. He appealed to Bahrain’s king to “take a brave, strong, authentic Arab decision not to host this workshop” and called on Arab countries to cancel their planned participation.

Complicating the Bahrain meeting is the fact that it coincides with a pledging conference in New York for the U.N. agency for Palestinian refugees, a 70-year-old institution that the Trump administration has defunded and wants to eliminate entirely. The U.N. Relief and Works Agency, or UNRWA, already provides health, education and other services to millions of Palestinians.

Its supporters suspect the administration purposely scheduled the Bahrain conference to conflict with its event, noting that Kushner’s peace plan partner Jason Greenblatt has publicly called for UNRWA’s dissolution. Greenblatt argued last month that the agency perpetuates Palestinian victimhood, abets anti-Israel sentiment and is an inefficient drain on funds that could be better directed.

Kushner’s plan includes large sums of money for Jordan and Lebanon, countries with large Palestinian refugee populations, in an apparent attempt to have them absorbed into these nations.

Regardless of American intent, the dueling meetings are likely to leave donors, particularly European nations, in an awkward position: torn between supporting an established international organization or a mystery concept being put together by a U.S. administration that has in two years reversed a half-century of American Middle East policy.

Since Trump took office, he has recognized Jerusalem as Israel’s capital, moving the U.S. embassy there from Tel Aviv, downgraded the consulate devoted to Palestinian issues, shut down the Palestinian office in Washington and slashed hundreds of millions of dollars in assistance to the West Bank and Gaza.

Such steps have made Kushner’s prospects for success in Bahrain even slimmer, according to experts.

Although Washington’s Gulf Arab allies are supportive of the plan, Israel’s immediate neighbors have been more reluctant to embrace it.

Jordan and Egypt, the only two Arab countries with peace deals with Israel, are sending mid-ranking officials from their finance ministries and not Cabinet ministers to Bahrain.

Jordanian foreign ministry spokesman Sufian al-Qudah reiterated Amman’s position that a two-state solution, with a Palestinian state on the pre-1967 borders and a capital in east Jerusalem, “is the only way to resolve the conflict and achieve security, stability and comprehensive peace in the region.”