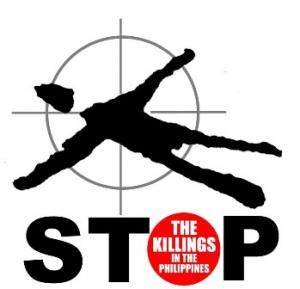 Incidents of terror attacks have marked a rise noticeably in Laksmipur
in recent months.
Seven people were killed and many others, including policemen, injured
in separate incidents in the last three months in the district.
Of the victims, at least four were shot dead by terrorists in
different times from February to May this year.
Some 15 gunfight incidents took place between the terror groups and
police in Sadar upazila (East) during the period, leaving 100 people,
including police, injured.
Police arrested 15 criminals, including terror ringleader Abdul Matin
and second-in-command Laden Masum of Shamim Bahini, along with
firearms.
A group of terrorists chopped to death vegetable trader Mostafa
Kamal,35, at Balaishpur in Laxmipur Sadar upazila on February 23.
Radhapur upazila Awami League activist Mehidi Hasan was shot dead and
three other people injured by extortionists on March 22 as they
refused to give them toll.
A Juba League leader named Khorshed Alam,30, of Bashikpur village in
sadar upazila was shot dead by miscreants on March 28.
The reason behind the killing could not be known yet.
On April 6, some miscreants killed Sadar upazila unit Juba Dal
vice-president Nazrul Islam Liton by opening fire at Radhapur village.
Protesting the killing, local Juba Dal observed a half-day hartal in
the district on April 7.
On May 25, three people—Shahim, Delawar Hossain and Mosleh Uddin— were
killed on the spot during a clash between two groups—one led by local
BNP leader Asaduzzaman Bablu and Dattapara Union Parisad chairman Noor
Hossain Shamim at west Jamirtali village in Sadar upazila.
At least 20 people of both groups were bullet-hit in the incident.
District unit BNP president Abul Khayer Bhuiyan said terrorist
activities began in the district in 1996 and since then the
godfathers, who killed many people, were created.
Officer-in-charge of Laxmipur Dadar Police Station Altaf Hossain said
they have already arrested some terrorists including terrorist
ringleader Abdul Matin and drug trader Laden Masum along with
firearms.
Separate cases were filed in connection with the killings, attacks on
police and illegal possession of firearms, he added.