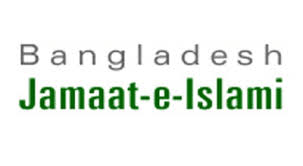 Police in a drive arrested seven suspected activists of Bangladesh
Jamaat-e-Islami from Koillanpur village in Belkuchi upazila of the
district early Wednesday.
The arrestees were identified as Jakaria Hossain, Altaf Hossain,
Shahin Alam, Abdur Rashid, Faridul Islam, Jahidul Islam Biju and
Sharif Hossain.
All of them are residents of different upazilas of the district.
Officer-in-charge (OC) of Belkuchi Police Station Abdul Hai said a
team of policemen conducted a drive at the village around 1:30am to
arrest some Jamaat activists accused in different cases for committing
subversive activities.
At one stage, activists of the party blockaded the road of the village
by placing logs haphazardly and attacked the law enforcers.
Police charged baton on the activists to disperse them and arrested
seven activists from the spot.
The aforesaid activists were shown arrested in earlier filed cases by
police for committing subversive activities and barring the law
enforcers from discharging their duties, added the OC. -UNB, Sirajganj